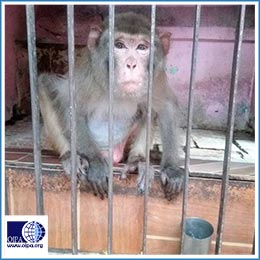 A monkey kept inside a cage in a Nepalese temple needs your support! 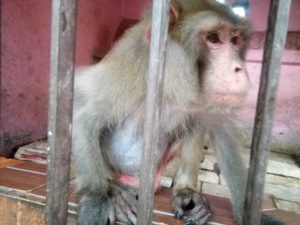 Indeed OIPA Nepal has received a complaint from one of its supporters that was visiting Janakpur for 5 days. He witnessed a monkey being tortured within a temple from local people that, for religious beliefs, regarded him as a Hanumaan. There has been a misinterpretation of what worship and religion really are!

Furthermore, it is against laws and regulations of People’s Republic Government of Nepal (GoN). This is why with the support of government agencies, we are trying to rescue the monkey and take him back to his proper habitat.

The monkey, nicknamed “Hanumaan”, is unfortunately old and depressed. Therefore, we need the help of experts. OIPA volunteers have already been mobilized and are getting in touch with the District Forest Office in order to start medications as soon as possible. 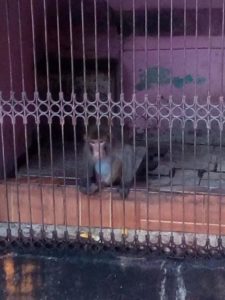 In the past, another monkey had already died in that same temple. Alternative ways to worship hanuman must be found (e.g. to build a statue). Nepalese people strongly believe in religion and worship gods. There are over 3300K gods being worshipped. Among these, god Hanumaan is believed to be the incarnation of Lord Shiva, the God of Gods, in form of monkey. People believe worshipping monkeys shall appease god Hanumaan and, therefore, make life prosperous! 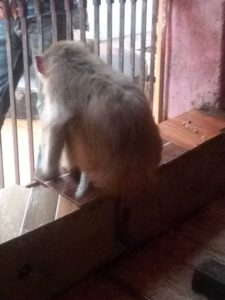 Such a sad story deserves even a small donation. OIPA Nepal volunteers need your help to carry out investigation and rescue activities!

Please support us, make a donation!

In order to ensure that your donation reaches the monkey Hanumaan, it is crucial to indicate that the donation is intended for “OIPA NEPAL”.