TUNISIA – A CRUEL WAY TO SOLVE THE STRAY PROBLEM – Send a letter of protest! 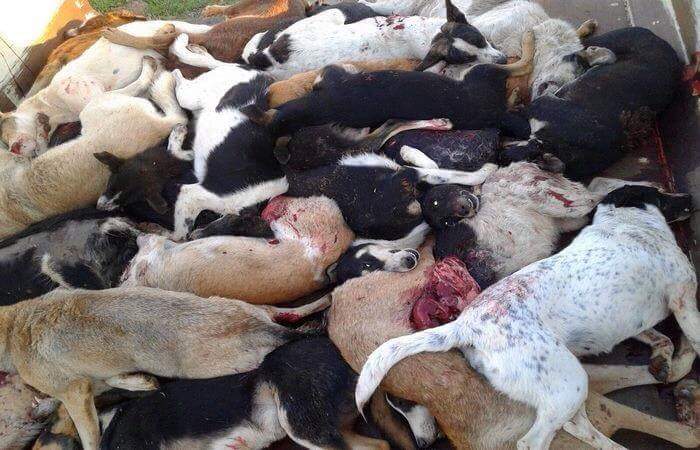 In order to control the huge number of stray dogs the Tunisian Government ordered to kill all the stray dogs, Municipality and Police Officers shoot them on daily basis and leave them die a horrible and painful death.

Sometimes they even barge in peoples houses and kill their pets (they say they are aggressive but we all know that dogs are protective of their families and territories so it’s not their fault. There is no respect for animal rights, and even normal citizen keep harming defenseless animals and even torture them, decapitate them or set them on fire and more awful treatments that even the devil won’t think about it!

If the Government keeps killing and torturing animals, even regular persons feel free to do that and animal volunteers have very little options to protect them.

The dogs cull is happening on daily basis most of it late at night and sometimes Police even do it during the day in front people and kids, in front of schools.

This massacre is all over the country, help OIPA to stop it. OIPA asked to the Government to do spaying and neutering campaigns instead of killing them, but we haven’t received any reply.

Most of stray dogs are kind and lovable, the volunteers feed them and play with them and definitely they don’t deserve this.

SEND A LETTER OF PROTEST NOW! 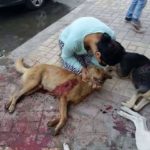 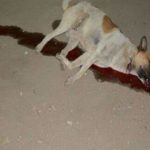 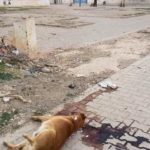 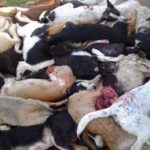 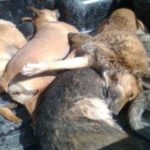 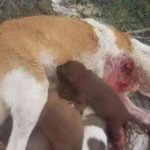 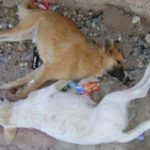 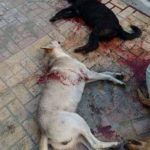 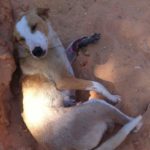 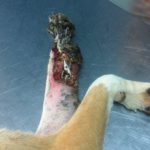 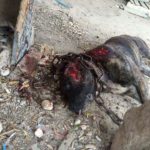 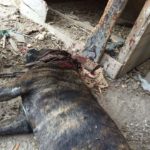 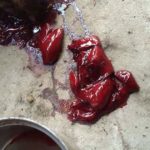 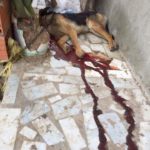 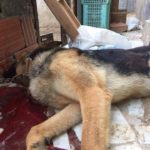 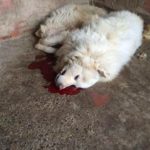 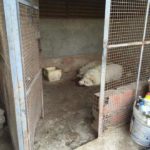 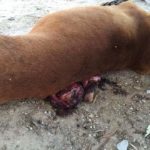 Recently, on social media networks have appeared images and videos of dogs slaughtered on Tunisian streets. This massacre is realized in order to “solve” the stray problem, which afflicts the North African State. Indeed, more than tens of thousands of citizens are attacked by stray dogs, each year. In 2015, just considering the city of Monastir, 2.175 were the people assaulted by stray dogs; while during the previous year, according to the Tunisian Ministry of Health’s published numbers, 47.000 people have been attacked at a national level. This is the reason which pushed the Government to approve the decision to begin a campaign of mass culls of the stray dogs, whose images caused the worldwide dismay and horror of both internet users and celebrities, expressly arrayed against these inhuman control methods.

Obviously, the main cause of the stray truble is due to the failure of pet-owners to spay their animals. Veterinarians all over Tunisia are aware that people throw puppies and kittens out in the streets, once their pets give birth, and this general accepted behaviour drastically increase the problem. Moreover, the issue is aggravated by Tunisia’s poor refuse collection system, which gave to the abandoned animals a constant and always ready source of food.
Connected to this problem, there is the rabies one: every single stray dog can be infected by the rabies, and in parallel, has the potential to spread it, infecting other animals and humans, too. Since 2013, data reported that there have already been 14 cases of rabies related decease.

Spay is necessary: culling stray dogs is not just an inhuman practice, but mass killings are «a complete waste of time, money and efforts». Simona Farcas, one of the organizers of the 29th May 2016 Tunis protest against the State’s practice of extermination of stray dogs, remind the uselessness of periodic “campaign of shooting”, which are «barbaric and inefficient methods to control the stray dog population». It is mindless to think that by killing animals it is possible to monitor the stray population. In fact, is enough just «considering that a single couple of dogs and their offspring can multiply into 50.000 dogs in five years».
Nevertheless, despite the huge benefits compared to the little commitment of spaying, the idea of sterilization still finds many difficulties to root in Tunisians’ minds. Indeed, this concept is very little known, understood or accepted, and the absence of national spray campaigns and above all the lack of general awareness over the necessity to sterilize pet or, at least, properly take care of unwanted puppies is making the problem bigger and bigger.

As for Romania, see http://www.oipa.org/international/campaign-romania/, OIPA is in the first line to help the reaching of the end of these cruel practice, anyway it is fundamental that the government activates itself, to protect animals and its own citizens: it has to invest in mass sterilization and rabies vaccination programs, and also in educational campaigns, in order to raise awareness among the population about the importance of spaying animals and the right way to look after their pet. Nationwide sterilization program is the only possibility to definitely solve this unacceptable situation in a human way: it is what would mark an end to a practice that often leave wounded animals suffering for hours, before dying.

OIPA International is supporting a local group of volunteers and activists which are trying to help the animals in Tunisia.

They report a severe situation: every night public officers shot stray dogs and often, by mistake, pets, too. The animals are left in the streets, wounded and suffering.

The situation in Tunisia is always being difficult for stray dogs, the Government never did much to face the problem and recently the situation is getting even worse. Despite many manifestations and appeals to the Government to stop the massive killing operations of stray animals, nothing changed.

The volunteers supported by OIPA are trying to build a shelter where it is possible to host stray animals, with the support of the Government. Their project is to promote awareness campaigns in the schools and to spay the animals, promote the adoptions, educate the local population to be more sensitive with the animals and to take care of pets. 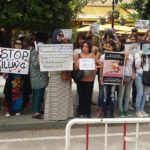 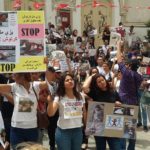 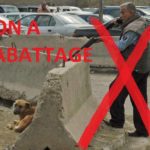 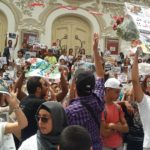