THE UK ANNOUNCES A NEW ACTION PLAN TO FIGHT ILLEGAL WILDLIFE TRADE: $187 MILLION FOR THE NEXT FOUR YEARS 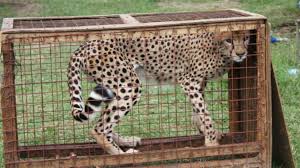 Illegal wildlife trade is still a big problem worldwide and the UK Government is ready to take yet another step to tackle it by announcing a new action plan.

Foreign Secretary Boris Johnson confirms the UK’s engagement and states that the country is going to adopt all necessary measures to defeat the illegal wildlife trade in 2018 and plans to bring world leaders together for talks in October to find a solution. 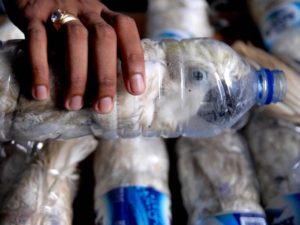 Unfortunately, wildlife trade is a big business, being the fourth most lucrative global crime after drugs, humans and arms. Even though it is almost impossible to have reliable figures for its value, experts at TRAFFIC: The Wildlife Trade Monitoring Network estimate that there are hundreds of millions of dollars floating around. It is run by dangerous international networks and it trades wildlife and animal parts, in the same way drugs and arms are trafficked, therefore making it not only crime, but a real market.

The Secretaries of State for the Foreign and Commonwealth Office, Defra, and DFID announced that £4.5 million are going to be invested for 14 new Challenge Fund projects to fight against illegal wildlife trade. Moreover, the UK has allocated £250m (£150m from DFID and £100m from DEFRA) to the Global Environment Facility (GEF) between 2018-2022.

There has also been an almost 30% increase in the size of Global Wildlife Programme (GWP), which is part of the GEF, after the UK and other donors undertook successful lobbying. This way, the size will increase from $131m to $187m over the next four years and more funding will be allocated to wildlife support efforts than ever before. 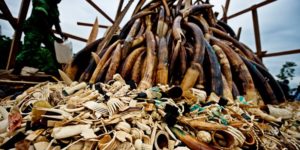 The Global Wildlife Programme, the largest single programme fighting against poaching, trafficking and for wildlife and wildlife products, has already launched 19 projects across Africa and Asia. Their methods include promoting investments in conservation areas, strengthen governance and reduce corruption, support law enforcement, etc.

OIPA International hopes that this noble decision will considerably help the fight against wildlife trade, and that more important decisions will be taken in the foreseeable future on an international level to keep certain species from going extinct.