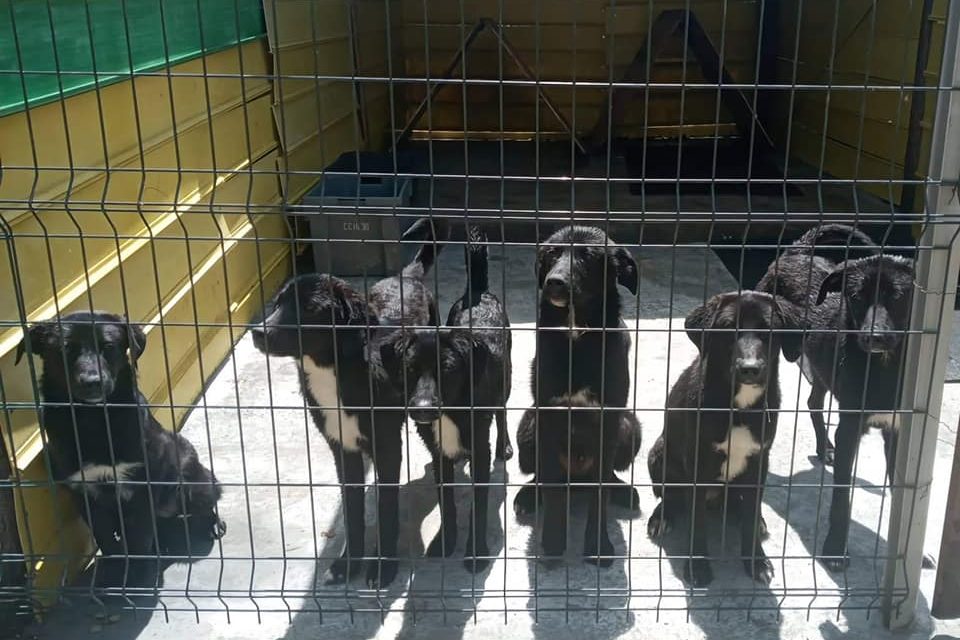 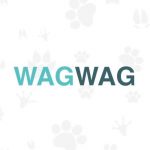 The MISSION of WagWag, association located in Banja Luka – Bosnia Herzegovina and recently appointed as OIPA’s member league, is the care and protection of animals in the city. Association’s activities include the rescuing of animals in need, the education of school-age children on animal protection, the raising of citizens’ awareness on how to behave correctly with pets and street animals, and the proposal of better conditions for animals in shelters to local institutions. 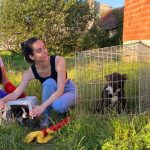 During the first year and a half of existence, WagWag has noticed that the most significant issues are the non-existence of funds and shelters for stray cats and the corruption and unknown conditions of dogs the city shelter. Unfortunately, this problem exists in 90% of the cities in Bosnia and Herzegovina, but the association is trying to elaborate functional solutions that could be implemented in all local communities of the country.

The association currently carries on two main projects with the objective to improve animals’ conditions in Banja Luka. One has been created to guarantee the sterilization of stray cats, the other aimed to single out the critical problems of the city shelter and all related institutions.

The City of Banja Luka is facing the problem of the increasing number of stray animals, especially cats, mainly for two reasons. One is the negligent behaviour of citizens who refuse to sterilize their pets; the other is the lack of funds allocated by Municipality to systematically neuter stray cats.

WagWag has launched a project in cooperation with partner associations aimed to sterilize at least 100 stray cats a year. One of the ways the association does finance the project is by collecting and selling recyclable waste to recycling companies with the help of citizens, volunteers, and larger companies that allows raising funds for the neutering of as many stray cats as possible.

Collecting at least 5000 € yearly, WagWag would be able to neuter between 150 to 200 cats providing in addition all logistical necessities such as accommodation for animal recovery, food, therapies if needed and transport. 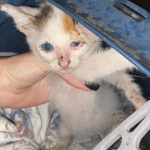 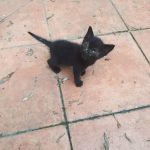 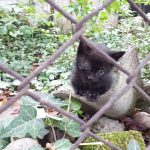 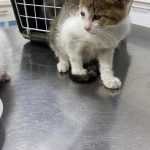 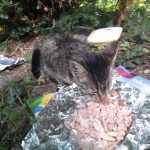 SITUATION OF THE CITY ANIMAL SHELTER* 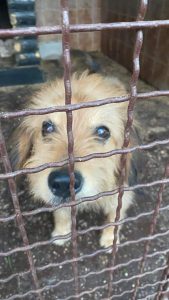 WagWag has recognized and singled out, with its intensive work and daily communication with residents and volunteers of Banja Luka, the critical problems of the city shelter and all related institutions, which, by their inefficiency and ignoring any of the submitted proposals, deepen the crisis of stray and neglected animals in the region.

The city shelter, a closed and fenced shed where dogs are locked inside without ever going out, is not open to the public therefore it is not possible for residents and volunteers to see or at least have information about the health conditions of sheltered dogs. There is no available information about any animal that goes to the city shelter, no archive, record, statistics or any indication. Documents show only the number of dogs arrived, but there is no information on whether they are male or female, their breed, colour, size, their health conditions and for years, there has been no evidence that even a single dog has been adopted (expect occasional adoption).  Dogs have no chip number, and there is no way to prove that any animal in their register has ever been marked, spayed, neutered, or vaccinated. There are also more dogs entering the shelter than exiting, at every moment there are more than 150 dogs and there is no record of where they are going. There are rumours that dogs are killed in brutal ways, that episodes of cannibalism occur, and that they are being fed only once every two days.

Local shelter almost completely ignores the basic rules of animal welfare and often violates the Animal Protection and Welfare Act and/or the Rulebook on the establishment and conditions that animal shelters must meet.

For this reason, WagWag is working intensively to change the current system, pushing institutions to guarantee better conditions for animals, to allow anyone who wishes to enter and volunteer at the shelter or adopt an animal saved from the street. 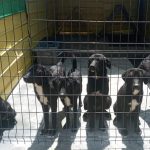 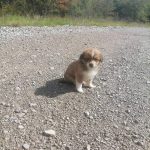 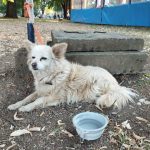 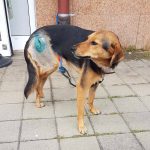 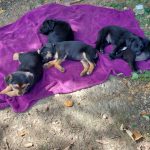 Although the planned goal of the association was initially to be educational and create an app that would help tackle all of these problems, the number of animals throw in the dumpsters was so high, that they had no choice other than to help them. The association put them in paid foster homes, got them vaccinated, and asked other associations to help find them homes abroad.

You can support the work of our member league WagWag and help animals they assist in Banja Luka!

❤️ DONATE FOR THEIR PROJECTS ❤️ 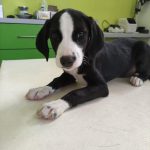 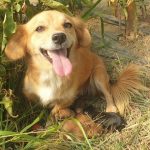 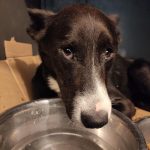 *UPDATE – SITUATION OF THE CITY SHELTER

The latest case WagWag found out is related to the “Vet Centar” veterinary clinic, which is at the head of the City Shelter Banjaluka. Until now, despite many evidences had showed their neglect, the clinic was still able to avoid punishment and legal consequences. This time WagWag has documented that two different chips were read (on the same dog). The conclusion is that both chips were entered into the system and charged twice by the veterinary clinic. The first time, it was billed to the Dogs Trust and the second time to the dog’s owners.

This summer the association held five meetings with the city hall, and all animal protection associations in Banja Luka had the opportunity to present a common list of irregularities that they believed must be corrected immediately. One of the most important things is that from now on, volunteers have access to the city shelter every week. In addition, WagWag now represents the voice of other regional associations, so they can have direct communication with people from the city administration. At the moment, WagWag is helping prepare documentation (shelter house rules, memorandum for volunteers…) which will then be sent to the City lawyers to approve in order to officially open shelter’s doors to the public.

Associations were also allowed to place one employee of their choice as a supervisor in the shelter to monitor the situation, and manage the new Shelter Facebook page, which is currently under construction. In addition, in Banja Luka, the formation of a “Police for pets” was planned earlier as well, and WagWag also got the opportunity to choose a person amongst volunteers who would supervise. A contractor for the installation of new carpentry in the shelter was on site these days and there is a plan to insulate the roof as well.

The city showed an unexpected desire to cooperate and fix the problems we pointed out. However, despite the very quick initial reaction, things are still slowing down and getting more difficult under the weight of the slow and complicated bureocracy.

The problem is that the same veterinary clinic still operates in the shelter, the same one which has been doing its job very carelessly all this time. It is a veterinary clinic that has been reported for some time by Transparency International, an organization that exposes the systems and networks that enable corruption. The inspection is currently working on investigating their work, and as far as we know, certain irregularities have been found.

At the end of the last year, WagWag requested a meeting in the city hall where WagWag offered completely free registration of all dogs in the shelter on a website that they would provide. In addition, the team suggested bringing a professional photographer, dog socialization expert, and volunteers to create a personal profile of every animal with the description of a family it would best fit too. This suggestion was initially denied under the excuse that the city has its own developers and photographers. The request to allow volunteers to access the shelter and help with the care for animals was also rejected with the explanation that there are no conditions for such activities as there are less than 20 criminal convictions for mistreating animals every year.