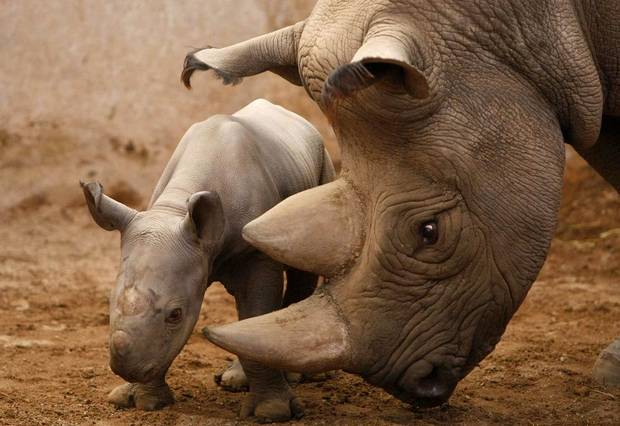 Today we celebrate the sixth World Rhino Day. Unfortunately it remains a day without much to celebrate. In fact, for this animal the 2015 it was an annus horribilis: more than 1,300 specimens have been killed by poachers in Asia and Africa. In the last nine years it has reached the frightening figure of nearly 6,000 victims, according to the International Union for Conservation of Nature.

This escalation is mainly due to the request of rhino horn from Asian countries, especially China and Vietnam. This demand is historically linked to the use of the horn in traditional medicine in these countries.

However, in recent years it seems that an another aspect threatens the life of these mammals. In fact own the rhino horn has become a status symbol of the emerging social classes. This drives up the value of the horn on the black market and pushes the poachers to ruthless actions. They plan the capture and killing of specimens actions by adopting high-technology tools and transforming hunting in guerrilla operations. The data of the International Ranger Federation indicate that at least 96 people were killed last year during anti poaching operations.

To counter the extinction of the five remaining species, some breeding were introduced in Europe: 78 zoological park it has reached nearly 300 specimens.

This day reminds us that much more remains to be done to protect these wonderful wild animals.