Zimbabwe: elephants and humans waiting for the rain

Despite the number of African elephants has dropped from around 415,000 to 111,000 only over the past decade, and mainly due to ivory poaching, Zimbabwe is struggling with overpopulation.

Combine this with the fact that more than 5 million Zimbabweans living in rural areas, – nearly a third of the total population – are at risk of food shortages before the next harvest in 2020. 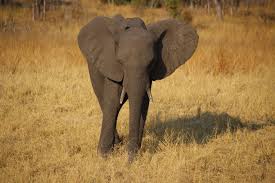 Zimbabwe is facing one of the worst droughts in its history: the El-Nino drought that lasted between last October and May has devastated water resources in the country. Hungry and thirsty elephants have broken out of Zimbabwe’s game reserves and entered human settlements in search for food and water. Since September, at least 55 elephants have died in Western Zimbabwe due to a lack of food and water. The animals had died near waterholes dotted around the Hwange National Park, Zimbabwe’s largest game reserve, after travelling great distances to access water. It also seems that local people killed some of them while wandering looking for food.

The park is definitely overpopulated: it has a total carrying capacity of 15,000; but now has about 53,000 elephants.

The elephant overpopulation is exacerbating conflict between humans and animals. An adult elephant drinks almost 700 litres of water per day on average and consumes 450 kg of food.

It seems that elephants have destroyed around 7,000 hectares of crop in the past five years, and more than 200 people have died from elephant attacks in the same period, according to Zimparks (Zimbabwe Parks and Wildlife Management Authority). 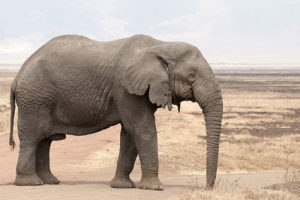 Zimbabwean authorities reacted to the alleged overpopulation by selling nearly 100 elephants to China and Dubai for $2.7 million. This money has been allocated to anti poaching and conservation projects, according to official sources.

During the last CITES conference of the parties in August this year, Zimbabwe proposed to lift a ban on ivory trade, saying that its ivory stockpile is worth $300 million. The government has often complained about the high number of elephants, arguing that selling the animals will help ease pressure on the animals’ habitat and reduce their population and generate funds that could be used for conservation efforts. It must also be said that mining operations in Hwange have polluted water resources and reduced grazing land, thus leaving the elephants and other animals with no choice but to fend for themselves.