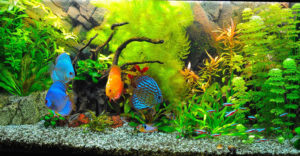 The animals we see in the dolphinariums lead a very poor life and are forced to behaviours which don’t match with their ethological nature.

Besides having to exhibit in front of a loud public, dolphins also get very stressed stress by the visual and physical contact. Months of privations, abuses and sufferings are hidden behind the exercises of the shows. The training methods often play on hunger, so that the animals don’t get fed for days. When dolphins don’t let themselves tame, they are given tranquillizers which wear out their liver and eventually bring them to death.

Killer whales, sea lions and dolphins are subdued to hours of stressful and massacring training and turn over shows. It’s happens quite often that dolphins refuse to eat and are force-fed by their instructors. Dolphins hold in captivity hardly reach the age of 7, while they can live up to 40 years in the wild.

Dolphins and sea lions are also used for war missions in addition to being abused in the aquariums.

One of the most common tasks consists in filming deepwater mines with a camera fixed on their back, or to get them with the risk of making it blow and being torn into pieces.

Transformed in clown for our whim, the animals in dolphinariums lose their very last crumble of dignity.

DONATE TO OIPA AGAINST AQUARIUS AND DOLPHINARIUMS

Write Causal “donation to OIPA against Aquarius” and the exact amount

Write Causal “donation to OIPA against aquarius” and the exact amount 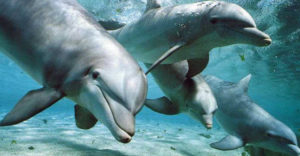 Don’t bring your children to visit aquariums or Dolphinariums: they would only see suffering animals forced to live in an artificial environment, contrary to their nature and causing them sorrow and pain.

In order to learn about fish and marine mammals there are many cruelty-free and educational ways. You can watch documentaries, read books and magazines and keep your eyes open when you go to the seaside: if you pay attention you will see a lot of fascinating marine life swimming freely in the waters!