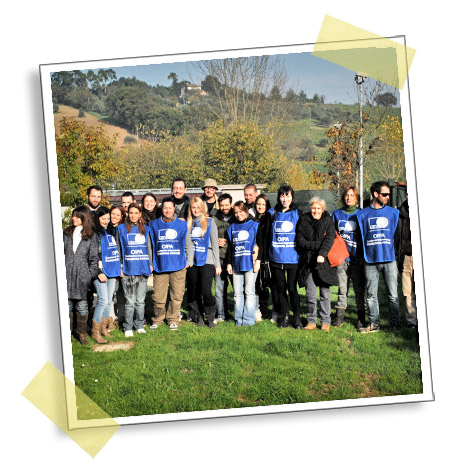 OIPA International is 360° devoted to animal rights defence, and fights against vivisection laboratories, factory farming, traffic of exotic animals, hunting, fur and entertainment industry and animal abuse in the widest meaning. OIPA works trying to change and improve the living conditions of the animals through education in schools, informing the public opinion, rescuing animals, getting modifications in the laws, organising special events and any kinds of gatherings, eventually involving celebrities.

OIPA needs volunteers for various activities, which range from helping with the office work to holding lessons in schools on animal abuse related topics; each field in which we are active is sustained by volunteer work.

The work in which every OIPA delegation concentrates on is different according to the local needs, consequently each OIPA delegation has its particulars targets which vary upon the reality of the place.

These are the various activities which are generally carried out:
PUBLIC AWARENESS – information stands, organization of conferences, congresses, debates
MEDIA – contacts with local and national mass media in collaboration with the OIPA press office, in order to spread animal rights philosophy, inform the public opinion and advertise our outreach activities
MAGAZINE – writing of articles for the magazine
MARKETING GROUP – organization of events, demonstrations and parties; sponsor and convention research; look for testimonials; realisation of printed material and gadgets like leaflets, CD-ROMs, postcards, T-shirts, stickers, posters etc.
EDUCATION – meetings in primary school, highschools and universities. Organization of special courses on protection and animalistic topics
INVESTIGATIONS AND RESCUE – verifying of cases of reported animal abuse, investigation behind the scenes, intervention and denounces
ECO-ZOOPHIL GUARDIANS – (branch of Milan, Italy) prevention and repression of law breakings regarding animal protection, defence of the zootecnic patrimony and environmental safeguarding, including the protection of the fauna threatened by hunting and fishing.
DIRECT PROTECTIONISM – (branches of Udine, Piemont, Sicily, Lombardy) – fighting against stray phenomena by taking care of cat colonies and kennels, collecting food, medicines and performing a sterilisation program; direct help to other foreign associations like in Croatia and Rumania
CLERICAL WORK – administrative and clerical work, data entry, contact with supporters and volunteers, stock preparation for events 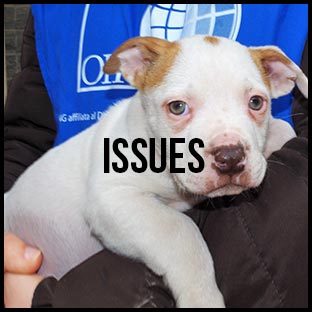 Inform us about vivisection laboratories, factory farming, traffic of exotic animals, hunting, fur and entertainment industry and animal abuse in the widest meaning 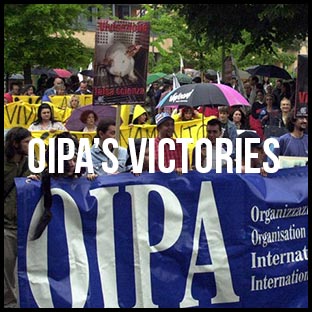 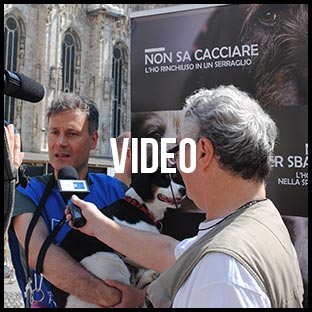 Look the videos about OIPA and about the animals problematique