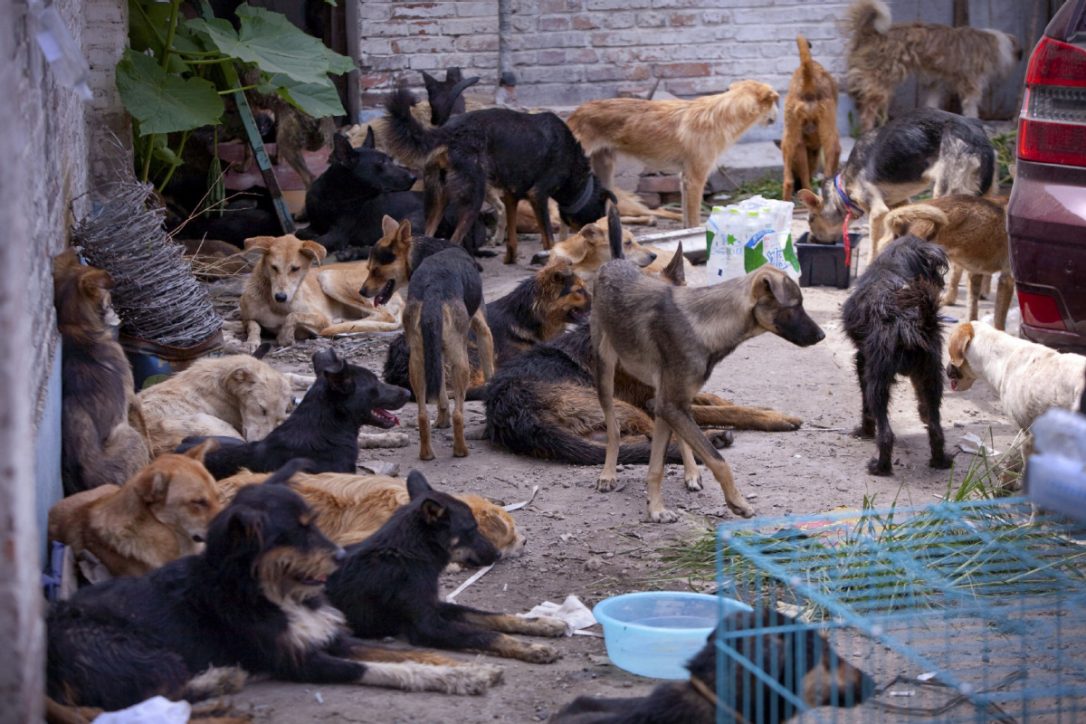 The Yulin dog meat festival is being widely protested and condemned by local animal activists and western countries. They largely focus on the depressing cruelty to dogs.  These tortures and sufferings are heart breaking, as most of them affect dogs that are friends and family members. But stressing animal cruelty only escalates continuing conflict and confrontation between the two sides. A new campaign direction will be needed to change the situation.

Public Health is a universal concern. It draws people and government together to preserve a healthy living environment, and could help gain greater support for ending the dog meat trade, while lessening conflict.  Animal activists have raised the spread of rabies as a potential risk caused by the dog meat issue. Reports of other possible harmful effects of dog meat to health are also found.   These health issues would powerfully convince the government and people to stop eating dog meat, if more solid evidence is available. The benefit of this campaign direction will be based on objective fact and evidence, not on the subjective cultural value, emotion and personal preference which would divide people.

China has the second highest rabies death rate in the world (1). It is estimated of owning 92.5 millions street dogs and 27.5 millions pet dogs (2).  According to statistics, around 1,500 persons died of rabies per annum in the recent years and it is decreasing to 744 persons in 2015.  There was a peak over 3,300 cases in 2007 (3).  The local government just simply slaughtered a large number of dogs in the region once rabies was found.  Sadly, the origin of these animal-related health disasters, also like plague, AIDS, mad cow disease and SARS, would be owing to pollution and the destroying of the environment by humans.  Animals carrying the virus are just victims and scapegoat.  Indeed, mankind should hold the responsibility.  An in-depth study to find the root cause of the rabies is necessary.

Ministry of Health report shows that four provinces (Guizhou, Guangxi, Hunan and Guangdong) compose 64% rabies in China (Table 1), and these areas are where many people favor to eat dog meat.  Table 2 shows Guangxi alone accounts for about 15% of rabies death in China.

No evidence can prove that people eating dog meat will contract rabies, but there are some possible reasons why this may cause rabies.   It is obvious if large number of dogs are kept in Guangxi, rabies risk will be higher.  Report indicates that those people transporting, getting dogs out from the cages, slaughtering and butchery and cooking dog meat, etc. may expose high risk to rabies (4), as they are more likely to get dog bite and scratch and rabies virus keeps staying around them.  Another reason is rabies vaccine is not widely used.  Stray and rural dogs would certainly have much higher rabies risk.  Finally, the high death rate is partly due to people not taking proper treatment after dog bite.  As per analysis, the correlation between dog meat industry and rabies exists. 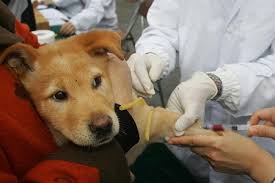 Apart from rabies, the report reveals that dog meat put Guangxi people to have the highest morbidity rate of cancer in China.  People in the city have a morbidity rate of 29.38% and in the rural area of 47.73%.  In Yulin, that rate even increases to 78.89%.  Liver cancer, gastric and lung cancer are the most common forms.  In 2015, 80,000 people died of cancer in Guangxi and 130,000 new cases were found(5).  If these figures are accurate and evidence can be found about its relationship with dog meat, it will be a strong signal for Guangxi and all dog meat eating people about the fatal consequence of that action.

Animal activists have shown that the source of dog meat mostly is stolen pets. Dog thieves will inject dogs with poison to kill them. There was a case in which a dog thief injected poison himself accidentally and it killed him shortly afterwards (6).  It demonstrates that such poison is fatal for humans too.  Unfortunately, these dogs with poison will be put together for customers and it is a serious food safety issue.

In the past years, media exposed many unsafe and even dangerous food, such as baby milk powder and food oil.  Chinese people are now very conscious about food safety including the food source, ingredients, authorities approval, etc.  According to the China Food Safety Law section 55 Restaurant…cannot use food materials which do not meet the food safety standard.  It explains in section 34 No.7 Poultry, livestock, animals, seafood and its products which died of illness, poison and unknown reason. Also, No. 8 Any meat and its products which has no quarantine or fail in quarantine.  Obviously, dog meat in the restaurants is illegal.  However, the government does not intervene too much, since these businesses are legal enterprises and they contribute to paying tax. They may even be considered as reducing the number of dogs and lowering the risk of rabies. 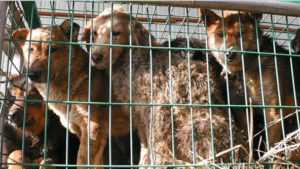 Dog meat is not only consumed in China.  Exporting and illegal smuggling dog meat is prevailing in Asian countries.  In 2015, news reported that Japan imported 80,000 tons of dog meat for the supply of Korean restaurants.   Other countries may import dog meat as well, but it is unknown if such dog meat is safe and approved by authorities.

In the past, human-to-human rabies transmission cases are rare.  Nowadays, people can move to different countries easily.  If rabies virus transforms like the SARS virus and it becomes communicable among people, it will possibly spread rabies from rural to high density urban cities.  People should still remember the lesson of the SARS outbreak in China and globally in 2003.   Public health disasters have taken thousands of lives and caused millions of dollars in economic loss.  Governments, authorities and international organizations should closely monitor the dog meat export and spread of rabies to avoid another health disaster in future.

People eat dog meat  because they believe that it contributes to health benefits.  They would be insensitive to anything about animal cruelty and even claim that it is their culture and personal right to eat dog meat which should be respected.  They say that dog is edible just like chicken, pig and cow.  However, everyone would prefer to take clean, safe and healthy food and avoids food not knowing where it comes from, has no quarantine and has potential risk to personal and public health.

The World Health Organization (WHO) reported that every year there are over 55,000 people who die of rabies globally.  Mostly are in the rural regions of Africa and Asia (7).  The WHO jointly with other organizations target to reach zero human rabies death in 2030 (8), but dog meat consumption countries, like China, Indonesia, Vietnam, etc. would be a great hindrance to eliminate rabies, unless people stop eating dog meat.

To end the Yulin dog meat festival and stop people eating dog meat needs a very good reason.  It also needs a reputable authority who can show all the facts and evidence of the terrifying public health issue to the government and people in the dog meat industry and the consumers, proving that dog meat will endanger their personal and public health.  The Chinese government and the people would then be more happier to accept the necessity and support ending Yulin dog meat festival.  Nowadays, China is the respectful world leader.  It’s her time to lead their people and other countries to stop eating dog meat and to build a healthy world for the humans, the animals and the next generations.

Thank you for animal activists who contributed to share opinions and give support to the article.

(4) Report by Change for Animals