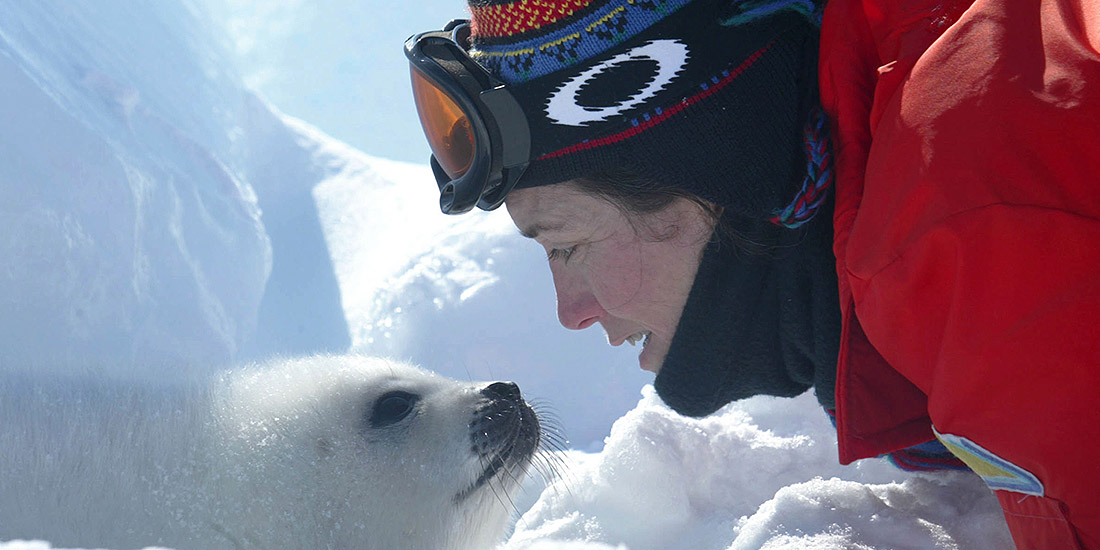 The Fur Institute of Canada held a meeting with about 100 sealers to discuss the various challenges confronting their industry. This fact was reported by the Canadian Press.
Canada’s commercial sealing industry faces a “crisis” because of growing opposition throughout Europe that threatens to close vital markets, the head of the Fur Institute of Canada said during a meeting in St. John’s, NL.
The chairman of the organization, Bruce Williams, said the future of the seal harvest is bleak if support for bans on the import of seal products continues to build in Europe.
“Unfortunately, the animal rights organizations around the world have come to realize that the easiest way to kill something – for maybe lack of a better term – is to kill the market”, he said.
“If you can’t sell the product, if it has no commercial value, then I would say that it is doomed. One thing I can tell you is that if fur is not fashionable on the runways of Paris and Milan, it’s not going to be fashionable anywhere”, he said.
The simple reality today is the big markets are China and Russia, but they want things that are in style, and style is not dictated by those countries. It’s dictated by the countries in Europe.

In September, Canada launched a challenge to the World Trade Organization in an effort to persuade the Belgian and Dutch governments to reverse their bans, arguing their policies were rooted in misinformation spread in large part by animal rights groups. Ottawa’s complaint remains before the WTO.
The federal government is proposing sealers immediately bleed the seal after shooti 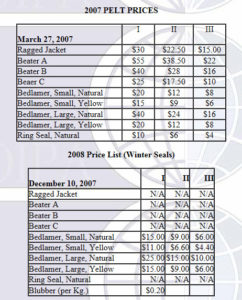 ng or clubbing it – a process that involves cutting two large blood vessels – to minimize pain and distress.
Canada’s efforts are counterproductive and reek of desperation.

The international opposition to Canada’s annual commercial seal hunt is steadily spreading. In September 2006, the European Parliament passed a historic resolution calling on the European Commission to introduce legislation banning the trade in all harp and hooded seal products. Closing markets are causing seal product prices to plummet. Seal skin prices in 2007 fell by a whopping 50% from last year. In part because of the drop in pelt value, hunters killed less than 80% of their allotted quota in 2007.
Commercial seal hunts often target defenseless seal pups. In Canada, more than 95 percent of the seals killed each year are less than 3 months old.

Carino Company Ltd., on its web site: Prices for seal pelts during 2007 season
“Carino came out with our first price list for the 2007 season in November 2006. This price list showed a reduction from the 2006 season. At year end 2006 we could see that there was a need for a further reduction in the price for seal pelts as the world prices for mink had been further reduced”.

Recent polling for the Humane Society International suggests that 48 per cent of the public would support their supermarket boycotting Canadian seafood in an effort to stop the annual cull.