TWO STRAY DOGS, A GOAT AND A BOVINE RECEIVE MEDICAL TREATMENT FROM A VETERINARY OF OIPA LAHORE 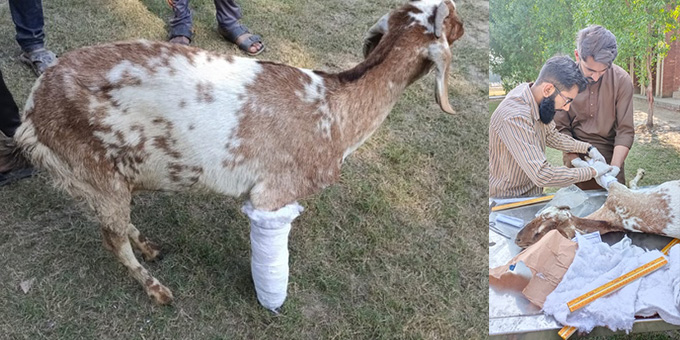 Last December, the team of OIPA in Lahore (Pakistan) was called to provide help and secure medical treatment to four animals critically ill. Veterinary Muhammad Faizan rushed on site being able to save the lives of two stray dogs, a goat and a bovine.

The first dog was found with a necrosis of the tail and a deep wound at caudal border of the mandible. The tail had to be amputated and the wound securely bandaged. After being sutured to ensure a primary intention healing, the other wound was subsequently treated with local ointments. Antibiotics and anti-inflammatory drugs (NSAIDS) were administered on regular basis to avoid the occurrence of infections. 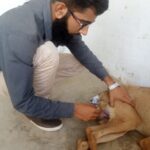 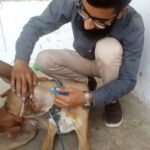 A 2-year old goat was reported with fractured forelimb, just below the carpal joint at metacarpal body. After setting a closed reduction, which is a procedure to set (reduce) a broken bone without cutting the skin, the veterinary applied a Gypsona plaster of Paris bandage for a rapid immobilisation. The broken bone was put back in place. The animal is still under treatment with anti-inflammatory drugs and supplements and must rest for 2-3 months to heal completely. 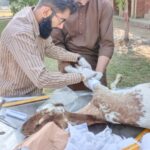 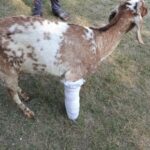 A closed examination of the hoof of a 5-year old bovine found highly underweight, with fever and a visible lameness, revealed an infectious disease of cattle, defined as foot rod, which causes inflammation of the foot and subsequent lameness. After a first wound debridement, the part was washed with antiseptic solution and closed with a bandage that had to be changed on daily basis after being disinfected. The bovine was also treated with antibiotics and anti-inflammatory drugs (NSAIDS) to avoid infection and help the healing process. 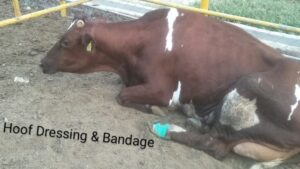 A debilitated and skinny stray dog was found roaming with a deep wound near the eye caused by maggots. After killing and removing all the maggots, the vet washed the cavity with antiseptic solution and applied a local antibiotic leaving the wound open for a secondary intention healing. To avoid infection, the vet administered also oral antibiotics and anti-inflammatory drugs (NSAIDS). 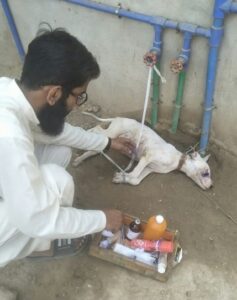