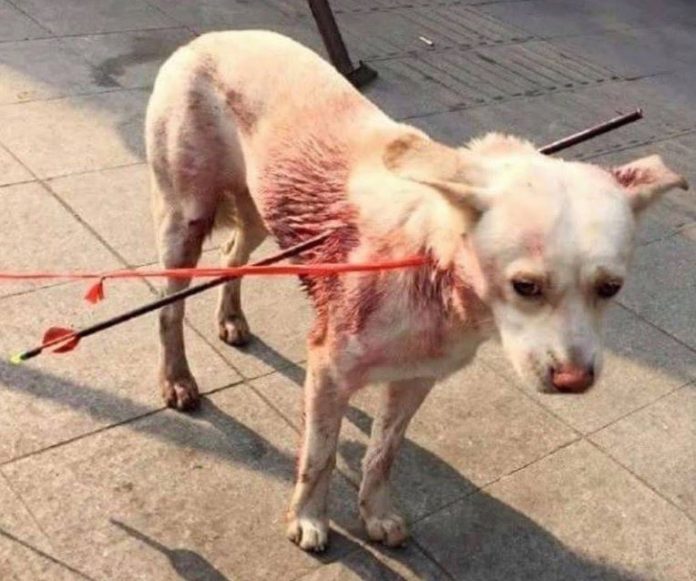 In many countries dogs are seen as loyal companions and animals that should be protected. However, many places in other parts of the world don’t view our favorite four-legged pet with quite as much love.

In China, dogs are often seen as food and there’s even a highly controversial annual dog meat festival called the Yulin Dog Meat Festival where nearly 10,000 dogs are slaughtered each year. And the dog meat traders who are responsible for gathering that many dogs are known for subjecting the poor animals to unbelievable cruelty. 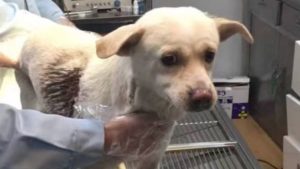 Recently, a heartless meat trader in China began hunting a dog on the street with arrows. But even after being shot twice in his side, the extremely bloody dog was still managing to stand. Thankfully, a dog lover named Qiao Wei had witnessed the sick attack, and rescued the injured pup before it was too late.

Wei gently picked the dog up and rushed him to a veterinarian in central China. Once at the vet, the team took x-rays to determine the severity of the damage, and managed to remove the two arrows safely. Now, the dog is being cared for by the Qimin Animal Protection Association and is finally getting a chance to heal.

This very sad episode is unfortunately not an isolated case, OIPA beleives that investing in education and raising population awareness on dog welfare is the key to protect those animals. 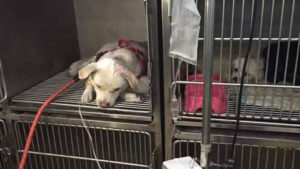 Many Chinese citizens at the moment owns dogs as pets, which means that people is starting to care more about these animals. Cruel slaughtering and mistreatments on dogs are becoming very unpopular. However still a lot need to be done and we beleive in education and young generation’s engagement.

OIPA China is promoting a project which aims to building shelters for stray dogs in schools, in order to involve students, volunteers and their families. The project will take care of strays providing food, spay/neuter actions, vet assistance and promoting adoptions.

Read more about the project and get involved: https://www.oipa.org/international/oipachinaproject/