MILK YES OR MILK NOT? 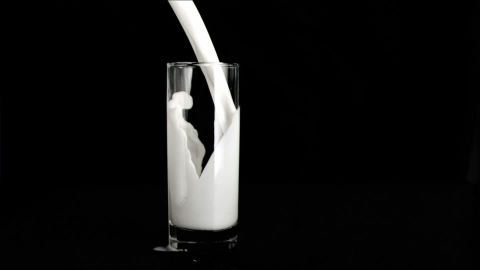 It’s a common idea that drinking milk do not lead to the death of the animal, but unfortunately this is not true.

The animals infact are exploited and at the end killed because no more productive and unnecessary. Normally cows live for about 20 years in nature, whereas in the farms they are killed after about 5 years.

The cows live in the farms in small boxes, they are artificially inseminated and stimulated in order to produce milk (even 150 lt per day). In normal conditions the cow doesn’t produce so much milk and wouldn’t be pregnant so often.

The calves are taken away from the mother straight after the birth, the females will are used for milk production and the males for meat.

All this chain of production is really cruel and unhealthy for the animals.

Furthermore, many studies show that drinking milk is unnecessary and even unhealthy for the human body.

Milk is much more than just a drink; it’s a cultural phenomenon that can be traced back thousands of years. And still today, the milk myth resonates loud and clear: in 2001, the average American child consumed 104 quarts of cow’s milk.

Some reasons why you shouldn’t drink milk:

Milk depletes the calcium from your bones

Like all animal protein, milk acidifies the body pH which in turn triggers a biological correction. Calcium is an excellent acid neutralizer and the biggest storage of calcium in the body is in the bones. So the very same calcium that our bones need to stay strong is utilized to neutralize the acidifying effect of milk. Once calcium is pulled out of the bones, it leaves the body via the urine, so that the surprising net result after this is an actual calcium deficit.

Cow’s milk is custom-designed for calves

Each mammalian species has its own “designer” milk, and cow’s milk is no exception. For example, cow’s milk contains on average three times the amount of protein than human milk which creates metabolic disturbances in humans that have detrimental bone health consequences.

It’s important to bear in mind that mother’s milk is excellent nourishment for human babies, but its composition is very different from cow’s milk.

Many scientific studies contradict the conventional wisdom that milk and dairy consumption help reduce osteoporotic fractures. Surprisingly, studies demonstrating that milk and dairy products actually fail to protect bones from fractures outnumber studies that prove otherwise. Even drinking milk from a young age does not protect against future fracture risk but actually increases it.

Milk is an acidifying animal protein

Like any other animal derived protein-rich food, milk has a positive potential renal acid load (PRAL) which triggers a protective biological reaction to neutralize all the damaging acidic protein before it reaches the kidneys.

The body is designed for survival, so it sacrifices bone density to protect the kidneys and urinary tract because the latter are essential to survival. And the most readily available source of acid neutralizer is in the bones. So even though milk contains calcium, it ends up sapping your bones of that crucial mineral.

Today’s milk is a processed food

Until the end of the 19th century in Europe and the beginning of the 20th century in the US, milk was consumed unpasteurized or raw. Later on, homogenization became the industry’s standard. These processes further alter milk’s chemistry and actually increase its detrimental acidifying effects.

Source: Save Our Bones Project 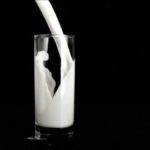 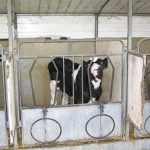 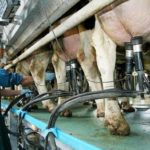