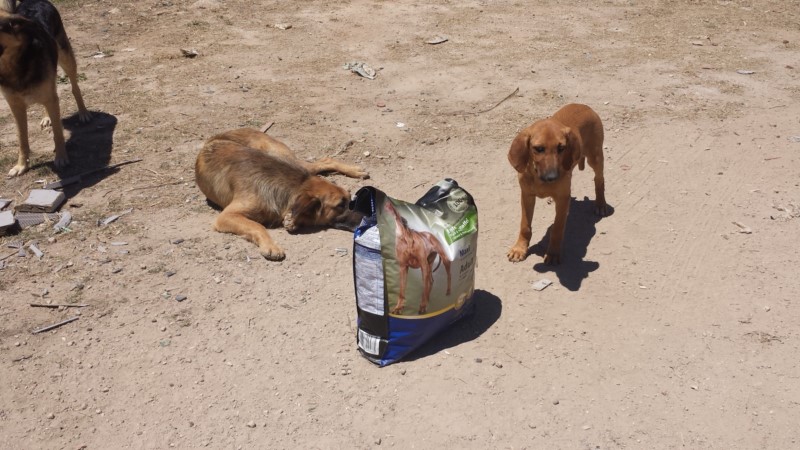 Russia will host the FIFA World Cup 2018 from June 14 to July 15. To get ready for the arrival of football stars and fans and general media attention, Russia decided to “clear the fields” from homeless animals and protect the image of the country.

Instead of dealing with the problem at its core, it has dedicated millions on canine death squads across the country.

Animal activists complain that over the last few months stray animals have already been shot or euthanized to eliminate them. 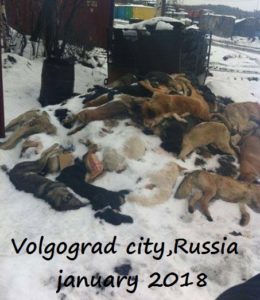 To be fair, there is plenty of homeless cats and dogs in Russian cities. The fact is that nobody ever controlled the process and the authorities have never committed in dogs population management through, for example, CNVR (catch/neuter/vaccinate/release) strategies. The result is that, according to estimates, there are around two million stray dogs living in the 11 World Cup host cities.

The solution found by Russian authorities is piles of dead, crudely slaughtered stray dogs. Russia has chosen to spend nearly $2 million to exterminate stray animals- not only dogs, but also cats. It seems that roughly $100-$150 are being paid for each dog corpse. Extermination service companies are winning lucrative government contracts and private pets are often included in this extermination in order to pump up the profits.

The situation is not without precedent: It is happening the same way as in 2014, when Russia was preparing for the Winter Olympics in Sochi. It also has echoes of similar action that took place in Ukraine in occasion of Euro2012, when Ukrainian authorities were criticised for offering a bounty of £35 per dead dog.

SEND A LETTER OF PROTEST TO RUSSIAN AUTHORITIES!!

With this letter we would like to support a great number of animal activists in their struggle for Animal Rights in Russia. People of your country that combat inhumanity towards animals need your full assistance in their important mission. They are concerned about cruel killing of innocent animals on the streets. The increasing cases of murders due to upcoming football championship FIFA 2018 are horrific. We are distressed by this situation and we ask whether you would be willing to attempt to resolve this problem, create temporary shelters and consider developing humane programmes.

The petition will be sent to: