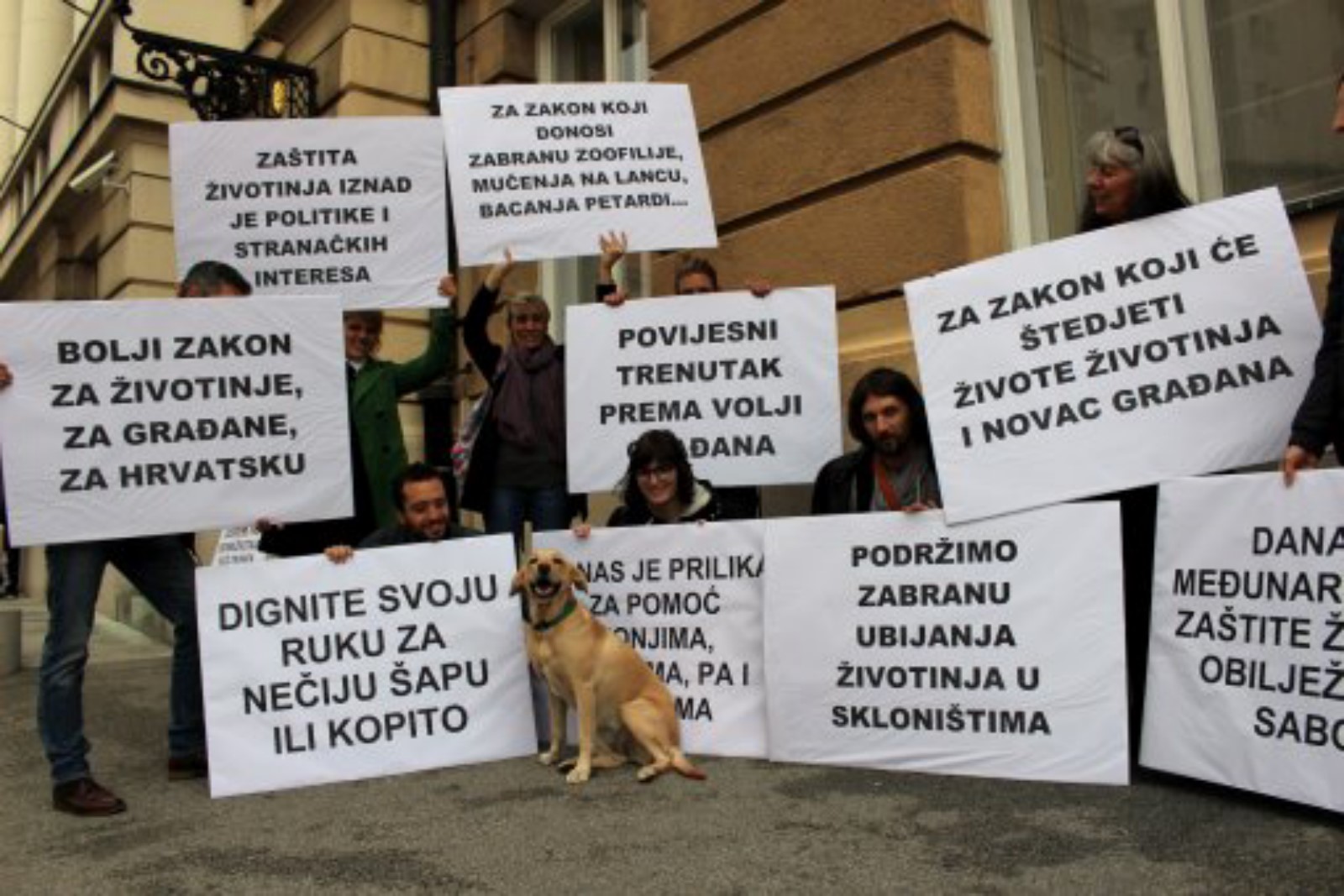 The new Animal Protection Act for Croatia has been adopted by the Croatian Parliament at its session on October 4th, 2017 and came into force on October 26, 2017.

A lot of big issues have finally been addressed and exemplary regulations set, some of which are already being put in action:

A few of the most notable changes, considering companion animals, shelter and stray animals, that should show clear results and significant improvements upon enacting (regarding shelters, microchipping and neutering/spaying):

Concerning these paragraphs from the Act, it is obvious there is a lot of work to do—reminding and urging counties to make a population control program for abandoned dogs and cats, which leads to executing thorough inventory processes and field work. This includes the problem of overpopulation of stray dogs in Romani settlements where the situation is alarming, for they don’t receive no care, keep reproducing and transferring diseases.

The expected problems to arise are public disagreement with the neutering/spaying thus setting back the authorized personnel in enforcing these legislatives. Also, there is the issue of unregistered dog breeders who pose a threat to registered breeders and are mostly unwilling to cooperate in fulfilling their legal duties due to the nature of their practices.

Mandatory microchipping is also one of the proposed tools necessary for keeping track of lost, abandoned and stray dogs but also for imposing penalties to neglectful or abusive dog owners. The statutory time frame for microchipping dogs is set to be the end of June this year, meaning it is of utmost emergency to make quality decisions and programs and start with the mentioned enactments.

The new Animal Protection Act is rather comprehensive and thus requires immense amounts of effort and determination, for it has put a lot of pressure on shelters and associations to promote the monitoring and implementation of these many provisions.

The new Animal Protection Act, with all its novelties, gives a good foundation for animal protection – especially regarding dogs and cats. However, in practice, the law will need the cooperation of the competent ministry, communal custodians, veterinary inspectors, vets, responsible people in communities, towns and counties, animals protection groups, institutions, and all citizens, to enforce these new protections and make the world a better place.