OIPA CAMEROON RESCUES A TORTOISE CAUGHT BY A LOCALLY MADE TRAP 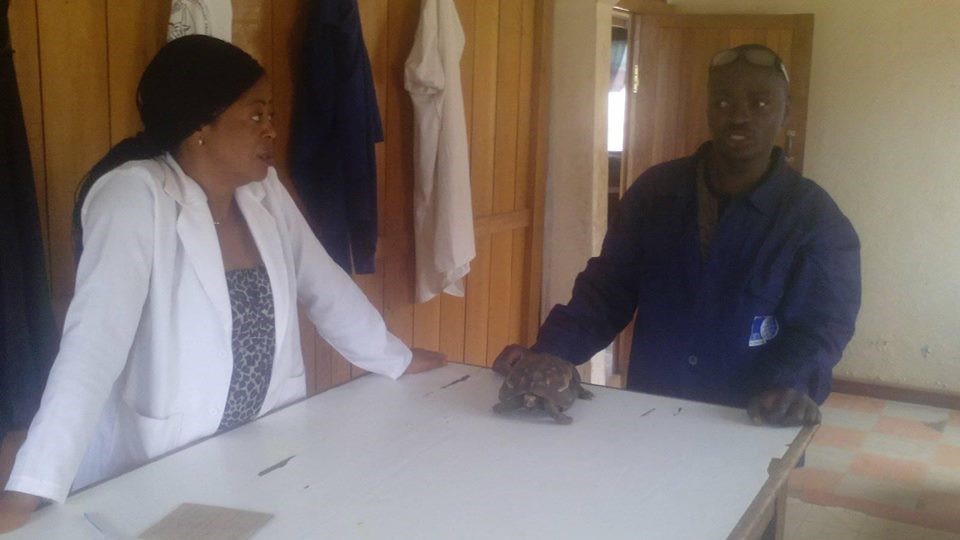 OIPA CAMEROON RESCUES A TORTOISE CAUGHT BY A LOCALLY MADE TRAP

Over the past 5 years, OIPA Cameroon has been at the front line of animal protection in Cameroon.

During this period, OIPA volunteers have rescued many animals in danger and taken them back to their natural habitat.

Recently, one of our volunteers rescued a female tortoise caught by a locally made trap in the South West region of Cameroon .She has been trapped for approximately 17 hours before the rescue. As soon she was rescued, she was immediately rushed to a veterinary clinic.

During the check up, we realized that Tammy (the name OIPA volunteers gave her) had a fractured leg and some brushes sustained in trying to escape from the trap.

Tammy has been under intensive and constant surveillance and in the last few hours she is finally responding to treatment. She was administered some drugs including vitamins because she lost her appetite.

Our dream is to release Tammy in her natural habitat, but she still needs our medical care.

In the South West region of Cameroon, tortoises are mostly hunted for meat and for traditional medicine- Their back is used by traditional doctors to treat epilepsy. People come from far and near for these treatments and tortoises are sold by around 10,000 to 40,000 CFA, according to their age and size. 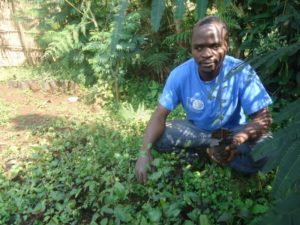