MASS POISONING OF CATS IN CORSICA 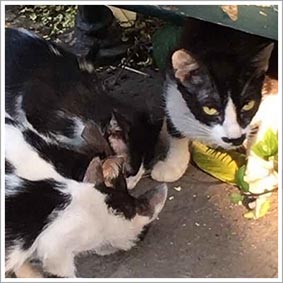 Upper Corsica- A good hearted group of animal rights activists who love cats and take care of them is facing a great deal of troubles.

Firstly, they are suffering the threats coming from a neighbour who can’t stand those poor cats and threated to set on fire the small shelter that the volunteers built for the clowder. The intimidations were so serious that they decided to set up some security cameras. 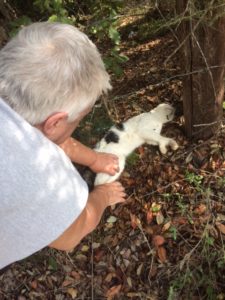 Feline paunleukopenia is another huge problem affecting cats in the area. This highly contagious viral disease is killing a large number of cats and the treatment to fight it is extremely expensive. Volunteers are doing their best to support the infected cats but they can’t afford these high medical costs. No help from the Veterinary Service, of course. 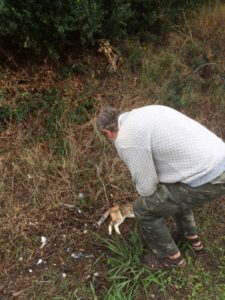 And to make matters worse, cats have been targeted by a madman who is decimating the cat population in the area. He picked his personal battle against those innocent creatures, a battle made of poison and shotguns. Fortunately, this maniac’s identity is known and one of the volunteers has already reported him to the gendarmerie. What volunteers are asking for is an order to pay compensation calculated on the basis of the veterinary costs spent dor the sterilization of the deceased cats. This amount would be used for the neutering of other cats.

In order to sensitize the population on the issue and encourage the institutions to move rapidly and punish this madman, one of the volunteers launched an online petition. Corsican cats need signatures to obtain justice. Poisoning and shooting at cats can’t be the solution to the stray problem in Corsica.

If you want to give your contribution to the volunteers that are lovingly taking care of alley cats in Corsica, please contact us at international@oipa.org.

Please share this petition with your friends and relatives, HELP US GET JUSTICE FOR CATS IN CORSICA! Sign this petition