DOG FOUND STARVING TO DEATH AND RESCUED IN KOSOVO. UNFORTUNATELY HE PASSED AWAY, RAISE YOUR VOICE FOR HIM! 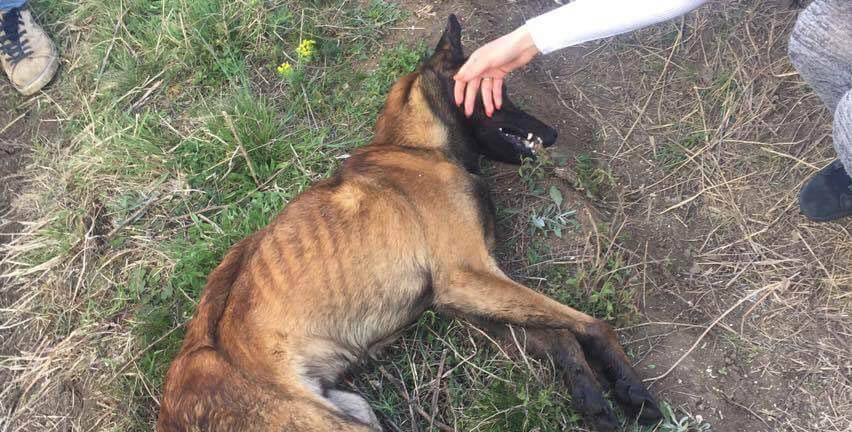 9th of April 2017 this Malinois dog was found in a hole in Preoce (Kosovo) from where he could not escape. He was starving and had no water and no food. He was deliberately thrown in this hole and left to starve there. When he was found, he was still alive, but very weak and skinny.

The team of StrayCoCo Foundation “Pro Vet Nagavc“ rescued the dog with ropes out of this hole and put him at once on IV-Fluid, hoping he would survive. For the next 24 hours he was on intravenous nutrition, but it did not help. Just once he went into the court outdoor, took some sniffs, then went to lie down and took his last breath only 36 hours after he was rescued. 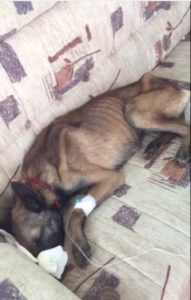 There was already a family ready to adopt him, but unfortunately he did not make it.

This is a very cruel method to kill a living creature – starving to death – and it happens very often in Kosovo, but there are also similar cases reported from Albania.

This is worse than any abandonment – which is to despise as well. Just try to be without food and water – and you will know how it feels starving. This dog was suffering many days and maybe week and no one cared.

There is no police, no veterinary agency, no politicians in Kosovo that would sue this criminal act of a person! Shooting of stray dogs, tying on an isolated tree, locking of dogs and puppies to starve to death in a fenced prison or poisoning them, is nearly daily business in some countries to get rid of dogs.

We ask all animal lovers to protest against a politic that does not respect living creatures, maltreat and torture dogs that have no one to speak up for them!

The world should know about the maltreatment of dogs on the Balkan – actually in Kosovo – and we will try to raise YOUR awareness about this issue.

This dog should not have died in vain.

to raise awareness on this issue and support the projects!

READ MORE HERE ABOUT STRAYCOCO AND SPAY/NEUTER PROJECTS IN KOSOVO AND ALBANIA. 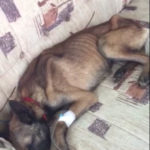 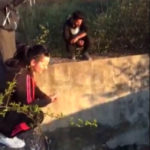 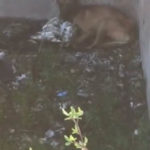 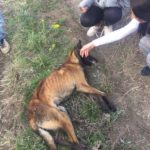 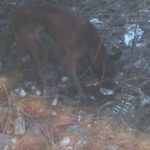