While MEPs voted in favour of a resolution asking the European Commission to accelerate the transition to a science that bans the use of animals in research, regulatory testing and education; European citizens have launched the initiative (ECI – European Citizens’ Initiative) “Save Cruelty Free Cosmetics – Commit to a Europe without Animal Testing” asking to uphold and strengthen the ban to animal-free safety assessment.

Three quarters of adult EU citizens agree that animal testing for cosmetic products and their ingredients is unacceptable in all circumstances and 72% want a plan to phase out all animal testing.

Thanks to the most modern, human-relevant and non-animal methods already developed, nowadays animal testing is not necessary to ensure the safety of a product. 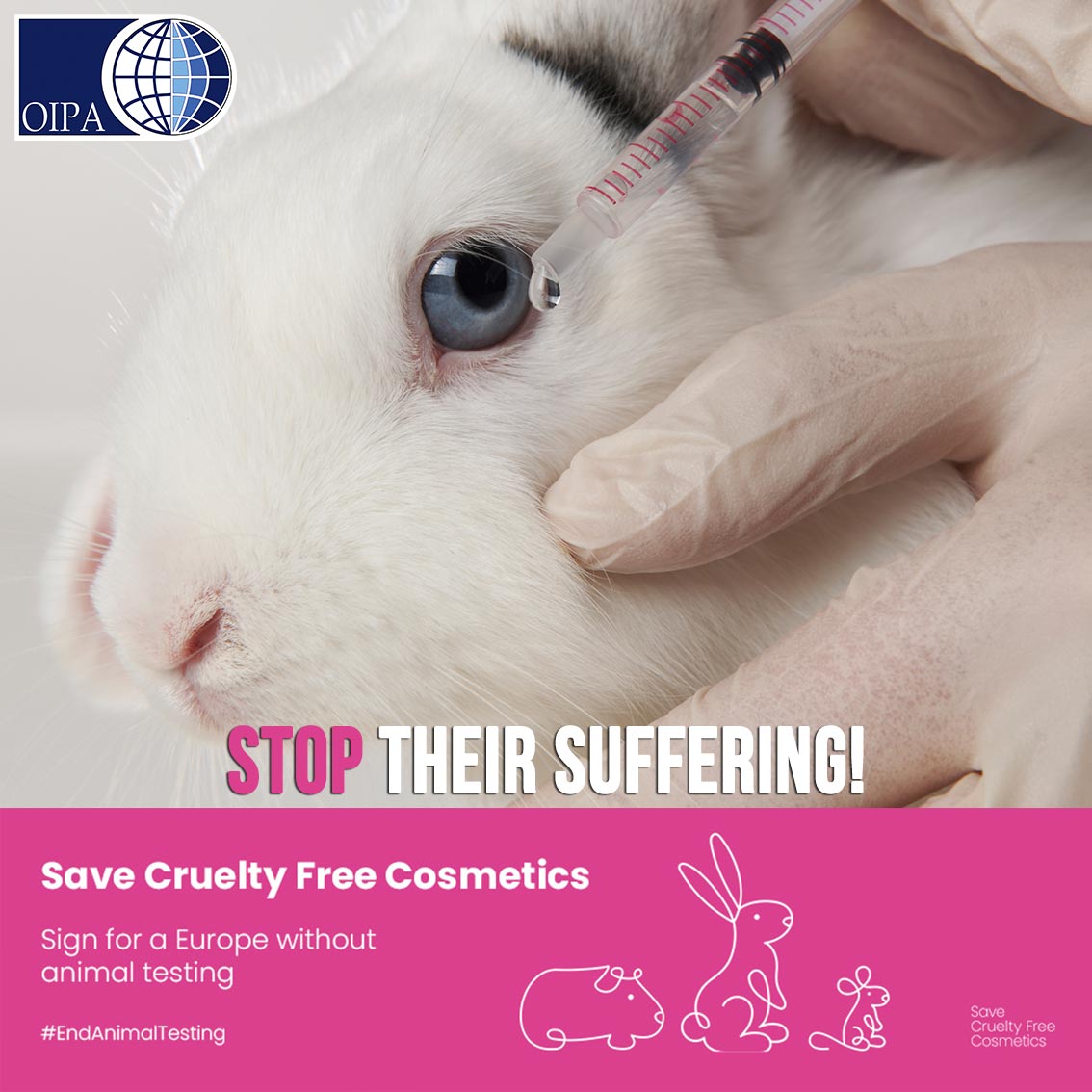 The initiative calls on the European Commission to:

It's time to act!

NOT AN EU CITIZEN?

👥 Share the initiative with your friends and on your social media

👄 When you buy cosmetics or other products, choose brands not tested on animals 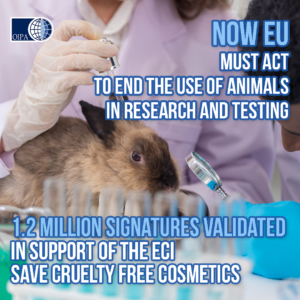 After the validation process, we can now confirm that the European Citizens Initiative “SaveCrueltyFreeCosmetics – Commit to a Europe Without Animal Testing” Commit to a Europe Without Animal Testing” , which calls for a ban in the use of animals for testing and experiments, has secured over 1.2 million validated signatures of support from European citizens. Over 10 million animals suffer in experiments in the EU every year and new non-animal technologies are being developed faster than ever before, the time for change is now.

It’s now the turn of the European Commission to address the issue and start acting to finally end animal testing in Europe as citizens require the change at loud voice! 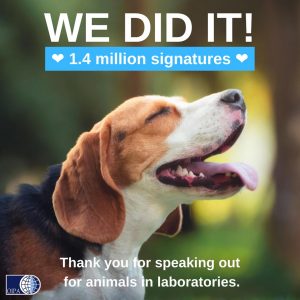 WE DID IT! All together, we have reached the goal! More than 1.4 million signatures collected!

The End Animal Testing/Save Cruelty Free Cosmetics European Citizens’ Initiative signature collection period has closed. Together with PETA, Save Cruelty Free Europe, Eurogroup for Animals and many other organisations across Europe, we finally collected an incredible number of signatures – and with ALL OF YOU – we have made the history! This marks one of
the most significant days for animals who suffer in cruel experiments that the world has ever seen.  1,413,383 people have raised their voices against animal testing and spoken out to end animal suffering in EU labs.

But what happens next? What are the next steps?

The ECI will now go through a rigorous verification process:

◾  The organizers of the initiative have three months (3-months validation period) to send the signatures to the competent authorities in the Member States for verification – both digital and paper signatues. The signatures must be validated by the countries (Because this is an official EU initiative, each country checks whether the respective signatures from their country actually come from real people and ensures that each person has only signed once.

◾  The authorities will then come back to the organizers with a final figure that can be submitted to the European Commission.

◾ The Commission will then carefully examine the initiative. Within a month after receiving the initiative, Commission representatives will meet the organizer so that they can explain in detail the issues raised in their initiative.

◾  Within three months, the initiative will have a hearing in the European Parliament followed by a possible vote.

◾  Within six months, the Commission will adopt a formal response spelling out what action it will propose in response to the citizens’ initiative.

We are so very grateful to each and every one of you who took the time to sign the ECI. Animals in laboratories have never had so many people speaking up for them. From rabbits still suffering in painful and outdated Lethal Dose 50 tests, to the beagles we saw dying alone at the LPT facility in Germany and the monkey pinned to the table while a technician drew genitals on his body at Vivotecnia – you have given these forgotten animals a chance. From the bottom of our hearts, THANK YOU.

Together we’ve created a movement for animals in laboratories that is truly unstoppable.