THE RESCUE OF CARLOTTA, PONY SEGREGATED FOR ELEVEN YEARS. SHE NOW DESERVES THE TIME LEFT AWAY FROM SUFFERING 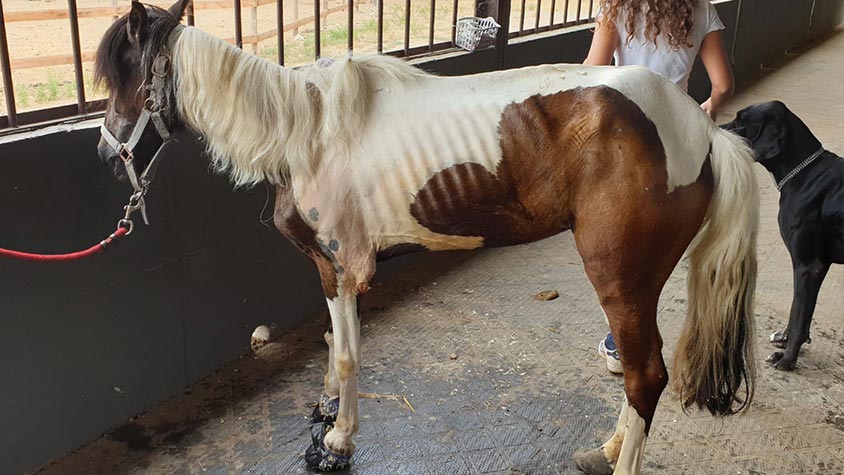 Eleven long years spent completely segregated in solitude, always closed as a prisoner inside the same “sealed” box without the chance of moving around and being able to see the external world and feel the sunlight. Carlotta, an eleven-year-old pony, was detained in these horrific conditions since she was just a foal. Rescued by OIPA Italy’s animal control officers who, while checking the unsuitable detention conditions of two dogs, luckily discovered her after hearing a whispered neigh.

To get her out of that prison, where beams resting on the top prevented her even from standing correctly, it was necessary to saw the nailed boards that were blocking any access and which had caused abrasions on her face and on the neck. 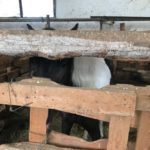 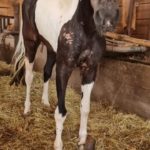 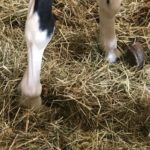 The health conditions of Carlotta are still very critical. She was found in a state of malnutrition with a widespread alopecia on neck, chest and shoulders and due to the forced immobility for so many years she has extreme difficulty in walking. Her hooves, which had nails that had twisted and grown excessively out, are hopelessly compromised, presenting fistulas that discharge purulent and smelly matter, an aspect that causes her a huge pain. After a series of health checks, she was also diagnosed with a chronic laminitis and osteitis of the third phalanx which, unfortunately, will mark her for life and could also have a bad outcome.

Carlotta will remain cripple, subject to chronic pain and repeated episodes of purulent fistulas opening. She will not have a long life, unfortunately, but in front of her eyes, bent in will for eleven long years and the serious mistreatment of which she was the victim, OIPA’s volunteers have decided anyway to try, as far as possible, to alleviate her suffering. 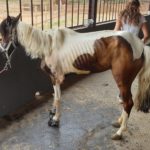 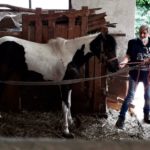 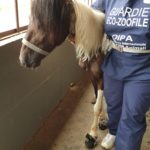 Carlotta will need assiduous care and daily attention. The hooves have been trimmed and adjusted to mitigate the wrong load as much as possible, however they will need to be trimmed once a month, disinfected every day and kept blindfolded. She will be kept on antibiotic, painkiller and anti-inflammatory. She will need plenty of bandages and adhesive bands and an adequate and specific diet. 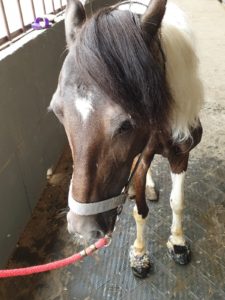 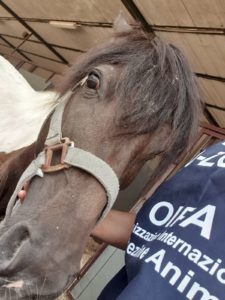 In the stables where she is now cared for, Carlotta immediately established a strong emotional bond with a blind mare from which, for health care reasons, she was temporarily separated, placed in a paddock set up ad hoc for her problems, but as soon as her health conditions will allow it, she will be immediately reunited with her so that she can find comfort and company.

No one will ever be able to give her back the life denied, but Carlotta cannot end her existence without the memory of having grazed at least once some fresh grass or a simple walk in the open air.