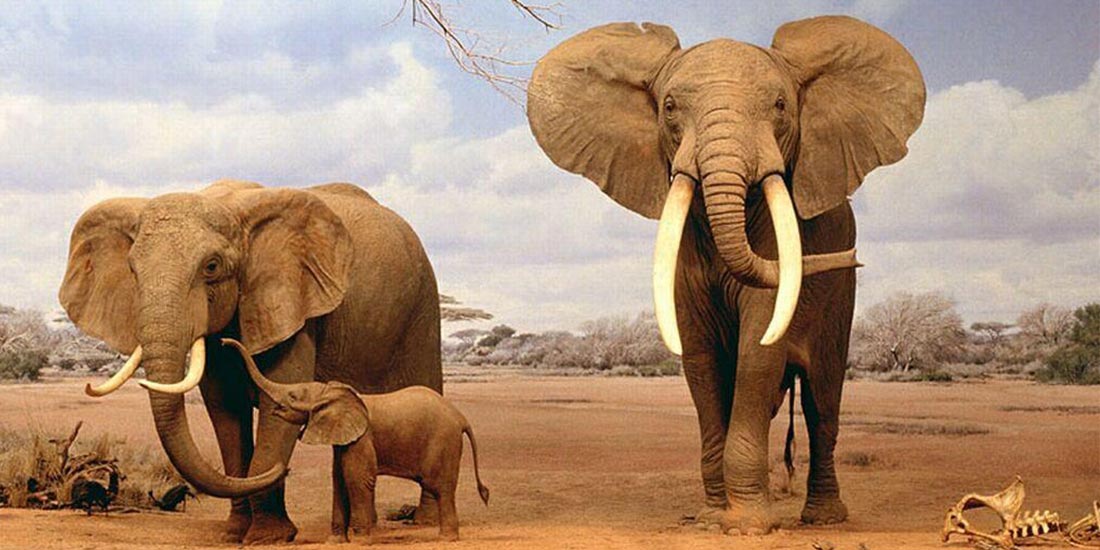 Oipa International has joined the “Friends of World Elephant Day”, which include elephant conservation organizations and animal rights associations all over the world that are part of the World Elephant Day’s Associate program.

The “World Elephant Day”, launched in 2012, is an international annual event scheduled on August 12, dedicated to the preservation and protection of elephants from the numerous threats they face.

The mission is to raise global awareness on the urgent plight of African and Asian elephants, share knowledge and propose positive solutions for the better care and management of captive and wild elephants.

Elephant numbers have dropped by 62% over the last decade. On the IUCN Red List of threatened species, African elephants are listed as “Vulnerable” and Asian elephants as “Endangered” and both could be mostly extinct by the end of the next decade.

The escalation of poaching, habitat loss, human-elephant conflict and mistreatment in captivity are just some of the threats that African and Asian elephants have to face.

The current elephants’ population is estimated to be about 400,000 for African elephants and 40,000 for Asian elephants, although it has been argued that the number could be lower.

Poachers, who seek ivory, meat and body parts, kill approximately 100 African elephants every day. The extremely profitable illegal ivory trade, especially in the Asian market, has led to the slaughter of tens of thousands of African elephants. The world is losing more African elephants than its population is able to reproduce, threatening their future across the continent. Bull elephants with big tusks are the main targets for poachers and their number is remarkably diminishing with respect to the females that are also killed for the same reason. This creates a terrible effect on the stability of the elephant society, leaving an increasing number of orphaned baby elephants. 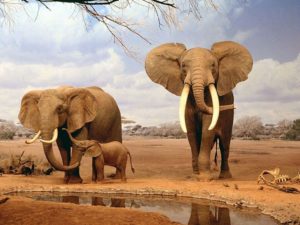 The Asian elephant, whose habitat ranges over 13 countries across the continent, is an endangered species with less than 40,000 remaining specimens. Wild Asian elephants suffer severe habitat loss in some of the most densely human-populated regions on the planet. Their traditional territories and migration routes have been fragmented because of the human presence, which has also destroyed millions of hectares of forest ecosystems.

Asian elephants are also poached for their ivory tusks, meat and body parts while baby elephants are captured from the wild and sold into the tourism industry. Asian elephants are trained, traded and used for entertaining tourists in parks and circuses and also for illegal logging activities. These captive elephants are often mistreated, abused and confined to inappropriate facilities, without adequate veterinary care.

Elephants are smart, sentient, social and empathetic sentient beings. They are a keystone species that means they create and maintain the ecosystems in which they live and make it possible for a myriad of plant and animal species to live in those environments as well. The loss of elephants gravely affects many species that depend on elephant-maintained ecosystems and causes major habitat chaos and a weakening to the structure and diversity of nature itself 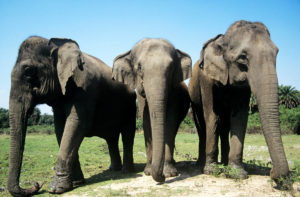 Elephants can be saved by implementing stronger protection policies at both local and international levels, by enforcing legislative measures against the poaching and illegal ivory trade and through a better conservation of their natural habitats and a better education about their vital role in the ecosystems. It is necessary to improve treatment for captive elephants and when appropriate, reintroduce them into protected sanctuaries that allow a natural replenishing of endangered populations.

These are just some of the goals to focus on for preventing the extinction of wild elephants and the destruction of their habitat and to improve the quality of life for those elephants in captivity.

OIPA International stands on their side and wants to make the world a safer place for them.