FRANKIE’S STRENGTH: PUPPY HIT BY A CAR AND SAVED BY OIPA BLUE ANGELS IN SOUTH ITALY

OIPA volunteers heard a strong dog whimper and then a car’s rumble: this is the beginning of Frankie’s story.

This 2 months old puppy has been found along the street with two other puppies. The other dogs were safe, but Frankie could barely move because of a huge swelling on his back leg. 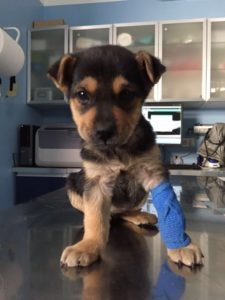 teers brought Frankie to the vet and they found a “ball” near the right leg.

The vet proceeded with an ultrasound exam which revealed that the swollen leg was due to the intestine. The impact with the car moved the poor puppy’s intestine into his leg. This situation is very uncommon, but can happen and Frankie was risking his life.

The dog had an emergency surgery during which he had three heart attacks, but miraculously survided.

Today Frankie is alive, thanks to OIPA volunteers and the vets. He weights only 2.5 kg, but he is very strong.

During the surgery the vets almost gave up on him, but finally Frankie made it!

OIPA volunteers are with him night and day to check the postoperative situation, after two weeks he is recovering very well and we can say he is out of danger.

If you want to help Frankie and support his beautiful story make a donation! 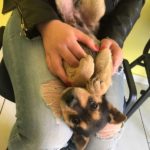 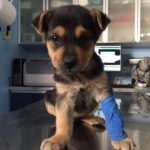 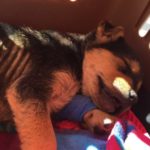 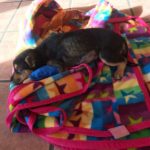 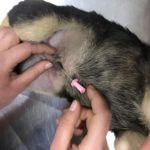 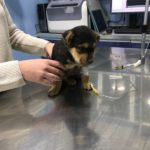 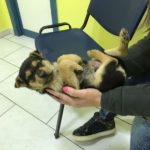 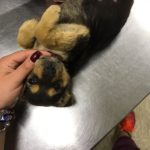 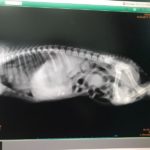 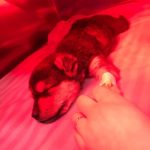 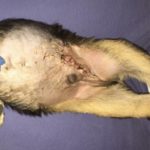 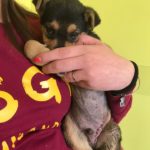 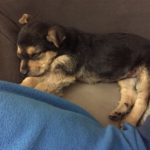 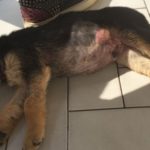