ARTÙ, A SWEET CAT WITH A SAD STORY

ARTÙ, A SWEET CAT WITH A SAD STORY: BETWEEN ABANDONMENT, INDIFFERENCE AND OMISSION

Artù is the name OIPA Rome decided to give the poor cat that, regardless of his disease and the indifference of those who surrounded him, is fighting through life like a true hero. The veterinarians cannot even make an estimate of the time he has been sick for: it looks like for months nobody seemed to notice that a disease was devouring his ears. Institutions did not seem to care about the suffering cat either and it was only with the help of volunteers that he started his long journey to recovery. 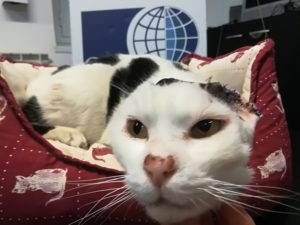 The Prelz Foundation in the province of Rome took care of the cat’s surgery: removal of the auricles, damaged by a squamous cell carcinoma, and an orchiectomy (castration). OIPA Rome’s volunteers took care of Artù straight after the surgery and he immediately underwent an accurate oncological visit. Unfortunately, not only did the visit reveal a pre-cancerous damage (actinic keratosis) around the eyes and nose too, but also full tests showed that the cat is affected by FIV and suffers from extensive anemia and leukocytosis, which determined the impossibility of chemotherapy or surgery. After such a rough diagnosis, the poor cat has been recovered in a veterinary structure by OIPA’s Blue Angels, where he got all the necessary care, additional tests (the anemia has slightly declined) and support for his asthenia (weakness).

After a long recovery and many tests and treatments, a kind-hearted person accepted to host Artù and revitalized him with love and care. Unfortunately, the nose tumor has progressed and after his tests (that showed better results than the previous ones), Artù had to undergo a laser removal of the parts that presented cancerous lesions. Meanwhile, Artù is also still looking for a forever home, bearing in mind that he will have to do regular and accurate check-ups. 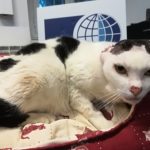 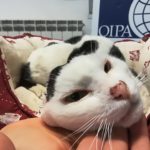 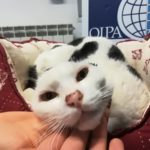 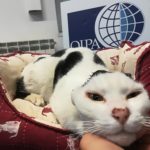 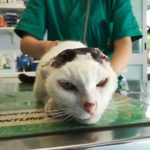 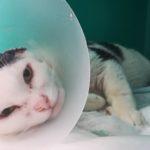 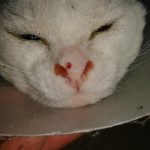 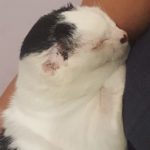 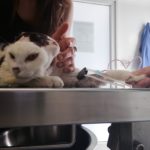