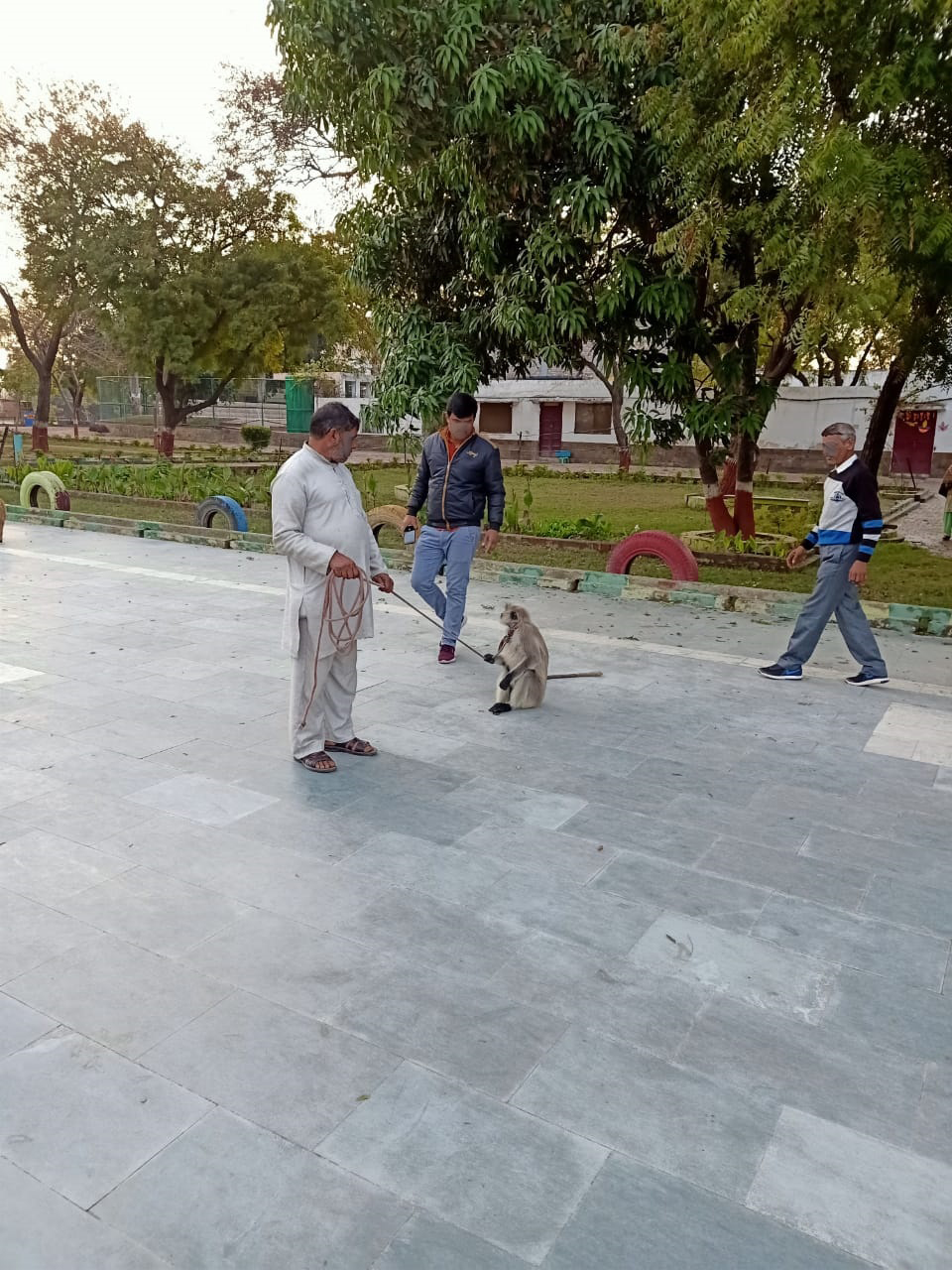 OIPA India and Scouts & Guide for Animals and Birds had received information from the wildlife crime control Bureau about an animal kept in a public school in Dujana, in the city of Jhajjar. Here, they found a langur that was kept in captivity, with a rope around his neck. The langur had been unlawfully purchased as an infant and was kept for security, to keep away common monkeys from the premises of the school. This is a violation of the Wildlife Act and Prevention of Cruelty to Animal Act. The langur was taken in custody by the Wildlife Officials.

The grey langur has been a protected species in India since 1972, which means it cannot be kept in captivity. Unfortunately, not everyone has been deterred by the ban, as langurs are still used to keep away packs of roaming rhesus macaques, which often become a nuisance in Indian communities.

You can help OIPA’s volunteers in India by making a donation, remember to spcify “OIPA India” in the purpose.