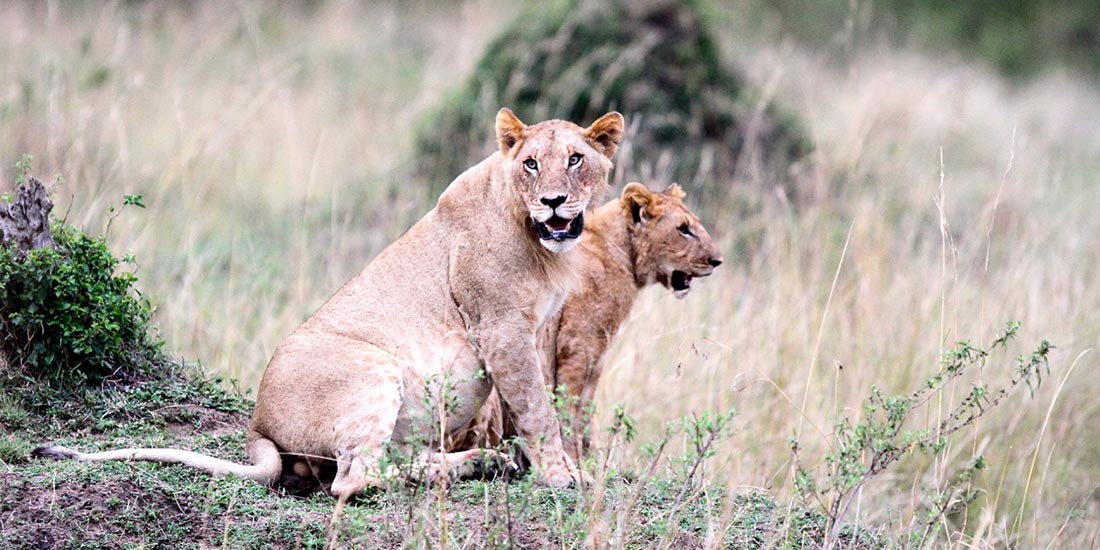 Trophy hunting is nothing more than a cruel practice in which the hunter pays to kill iconic wildlife for the trophy. The hunter keeps parts of the animal, usually the head to show-off.

Hunters claim that trophy hunting is a sustainable conservation tool and that somehow generates significant income for conservation. Nothing could be further from the truth. Indeed, trophy hunters’ targets are young and healthy specimens and not, as they pretend, only those old and sick.

South Africa has the largest hunting industry worldwide and it is the second most popular source for American trophy imports. Trophy hunting is still practiced in many African countries and foreign trophy hunters pay a lot of money to kill these animals.

This “hobby” is extremely expensive; just one lion might cost even as much as £20,000. For this reason, most hunters go illegal and in certain cases, lions are also attracted out of the protected areas! (Just 40% of trophy hunting takes place in protected areas with 1,800 male lions hunted out of protected areas).  There is, in fact, an “inseparable line” between trophy hunting and poaching. However, laws against poachers go harsh on African people whilst wealthy westerns carry out the same practice lawfully just because they pay.

CITES has observed that more than 8,000 lions live in farms and captive facilities while just between 1,300 and 1,700 adults remain in the wild.

Regardless of the influence exerted by some ministers and politicians, the South African government still allows trophy hunting as it increases capital, the defensive argument being that lion abuse is part of an overall conservation strategy for the benefit of wildlife.

Across the continent, the average input to GDP from hunting is 0.06% for the 11 African nations where this practice is allowed.