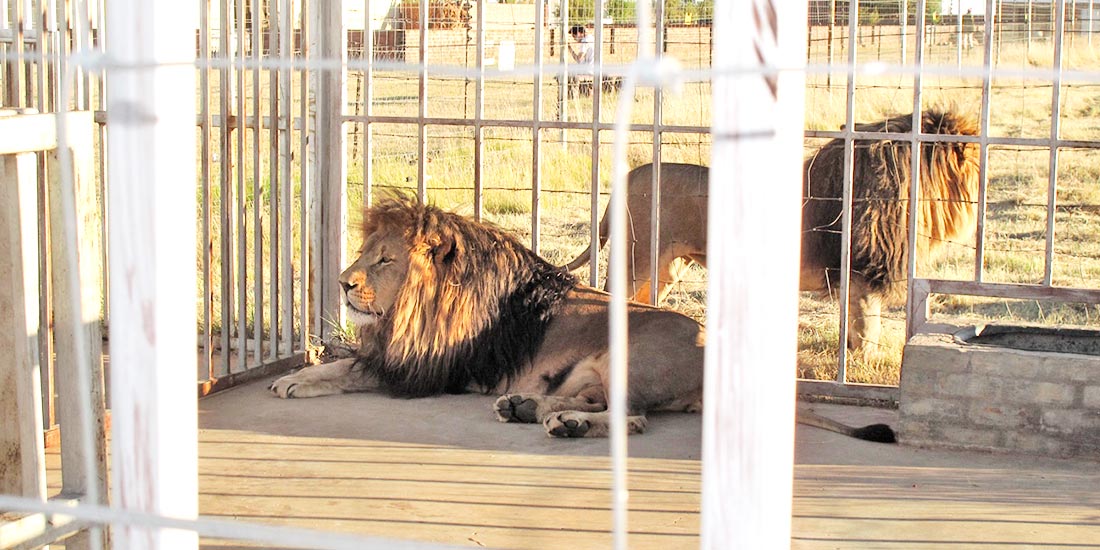 The expansion of the lion bone trade is leading to a horrible exploitation of wild lions, who are threatened by hunting and persecuted, approaching at a steady pace regional extinction.

Lion bones are especially used in Chinese medicine but shamans consider the bones of wild big cats more effective than that of captive-bred animals.

The lion bone trade is a relatively new business as farmers and breeders are replacing it from that of the tigers victims of Traditional Chinese Medicine (TCM). Indeed ‘tiger bone wine’ has been used in TCM for at least 1,000 years if not more, e.g. the treatment of rheumatism and impotence, even if there are no proved medicinal properties. This fortifying wine is very expensive: a bottle is sold at around £130! A part from the bones, other body parts of the tiger, such as its bones, teeth, and claws, are used in various treatments because the animal represents strength and bravery, which, thanks to the placebo effect are believed to be transferred to the patient.

The export of lion bones and skeletons from South Africa to South Eastern Asia began around 2008, when the African country issued its first export permit for 50 skeletons destined for Laos that were obtained from captive-bred lions. The larger importers are Vietnam and Laos. In most cases, lion parts are traded as with tigers. This trade is however regarded as being unlawful under the CITES Convention on International Trade of Endangered Species. Indeed, tigers are threatened with extinction: fewer than 4,000 remain in the wild. As a consequence, lion bones are even sold on the black market as tiger bones very often.

This rise in the trade of lion bones shouldn’t come as a surprise. In 2016 the United States banned the import of captive-origin lion trophies. Breeding facilities began looking for alternative markets, such as the sale of lion skeleton.

According to international regulations, the African lion, Panthera leo, is included in Appendix II to CITES, which means lions and lion parts can be traded internationally only under strict regulation: the global trade of body parts from lions killed in the wild is banned by international treaties – but permitted for animals bred in captivity.  In 2016, the 17th CITES Conference of the Parties decided that no bone exports should be allowed from wild lions. On the other hand, the conference also agreed that South Africa should establish a quota for skeleton exports from captive-bred lion, also recognising that captive breeding in South Africa is the only country allowed as no other country has permission to export lion bones.

Therefore, the body parts of captive-bred lions from South Africa can currently be exported legally out of the country. In 2017, the Department of Environmental Affairs set an annual lion skeleton export quota at 800 but unfortunately it almost doubled to 1500 by July 2018.

Monitoring methods, however, are not that effective: a report prepared for CITES suggests that 3,469 skeletons were exported in 2017, nearly double the assigned number. It is clear that law enforcement is equivocal as the black market trade is very widespread and it is hard for officials to distinguish between legal and illegal bone stock.