A NEW CHAPTER BEGINS: “PROTECTION AND CARE FOR OUR ANIMALS” THANKS TO OIPA SIERRA LEONE 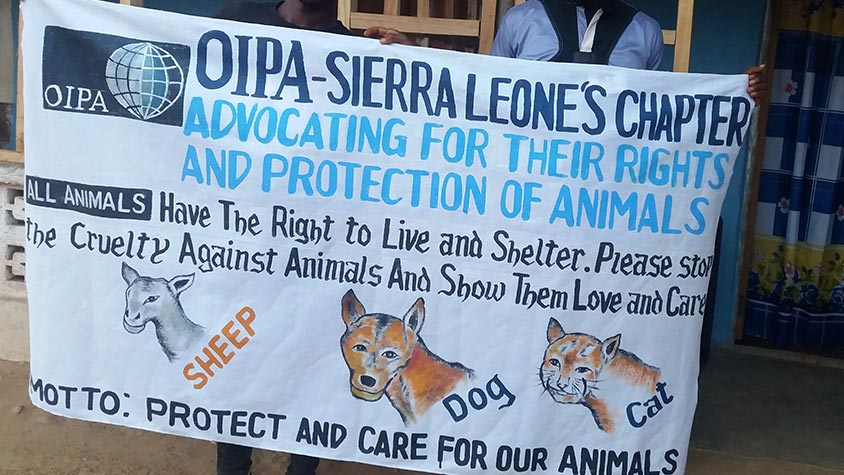 It is always a pleasure when we have to announce a new OIPA delegation, especially when the love and commitment for animals comes from countries that, despite the heavy difficulties faced daily by the local population, are still willing to dedicate precious time to the care and protection of animals.

Our International Representative organized a 3 Days Volunteers Recruitment Training session from 22 to 24 of December 2020 to involve people and manage at the end to engage 8 enthusiastic volunteers. The first day of the training was focused on the theme: “The Rights and Protection of Animals “; the second day, held in Kenema city, concerned on “How to Advocate for Animals Protection and Rights” and the third one was based on the topic “The Importance of Animals in Society“. 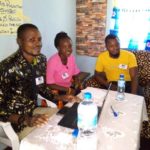 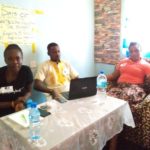 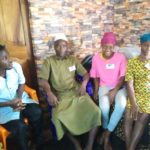 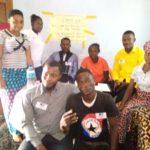 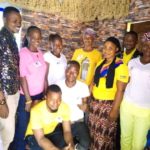 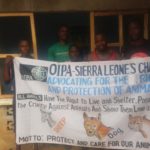 After the three days of the Volunteer Recruitment session, the team was already on site carrying on a three days session to raise community awareness on animal protection and rights in five communities of Kenema city, one of these was Nyadiama community, covering several households. 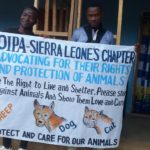 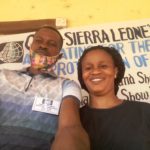 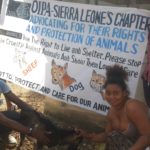 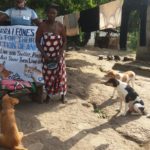 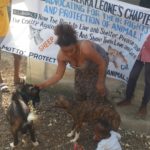 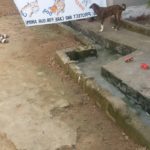 The first reaction of dwellers was at first suspicious and hesitant but they gradually became assertive and interested in the awareness process. The topic discussed was “Stop the Cruelty against Animals and Care for them” aimed to educate over the proper treatments and care of animals.

During the awareness sessions, the entire team has been directly involved in rescue operations as many homeless and street animals were found roaming around the communities and some of them clearly in need of help.

A dog, but it was not the only one as the volunteers have met many others along the way, and a sheep has been found homeless looking for food in the spoiled wasted garbage.

The team rescued them and found a home where good-hearted people decided to foster and take care of these lonely animals and thankfully the same has happened for a cat and a dog both with disabilities that were rescued by volunteers finding finally a new home. 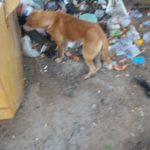 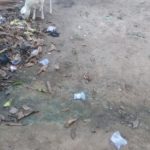 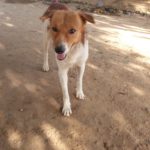 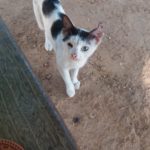 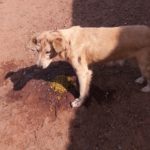 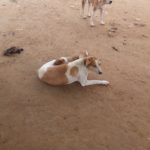 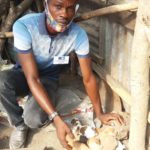 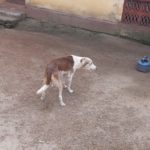 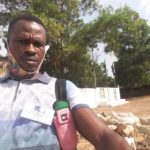 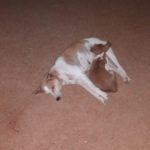 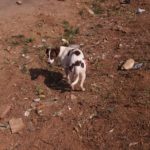 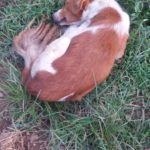 Moreover, some other projects of the delegation include:

Challenges for OIPA Sierra Leone’s team are many and tough, but volunteers have a great desire to operate on behalf of animal care and protection.

EVERY SMALL HELP CAN MAKE THE DIFFERENCE FOR ANIMALS

If you want to make a donation, you can specify “OIPA Sierra Leone”