JUSTICE FOR MUM ELEPHANT AND HER BABY IN KERALA, SIGN THE PETITION TO PROTECT ALL OF THEM 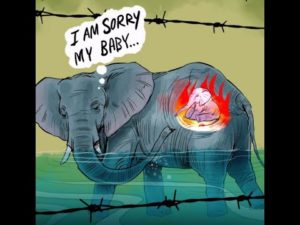 Few weeks ago, a pregnant elephant died in agony in Kerala after she ate a pineapple filled with firecrackers, allegedly left by some locals who use this brutal method to protect their fields against wild boars.
The elephant that left the forests of Silent Valley in Palakkad district, was peacefully drawing near a village in search of food.
The firecracker’s explosion was so powerful that her tongue and mouth were badly injured. The poor walked around the village in searing pain, for finally standing in a river with mouth and trunk soaking in the water to release the unbearable pain. She was unable to eat anything because of the injuries and she slowly died together with her baby after hours of suffering.
Any attempt made by the officials to rescue the poor elephant was useless.
Following this brutal death, OIPA India and Scouts & Guide for Animals and Birds has launched a petition in favour of any elephants of India.
This beautiful animal is a biological resource and a National Heritage in the Country and needs to be protected and safeguarded with strict Rules and Regulations.
It is also necessary to ban manufacturing, trading, possession and use of thorn bits. 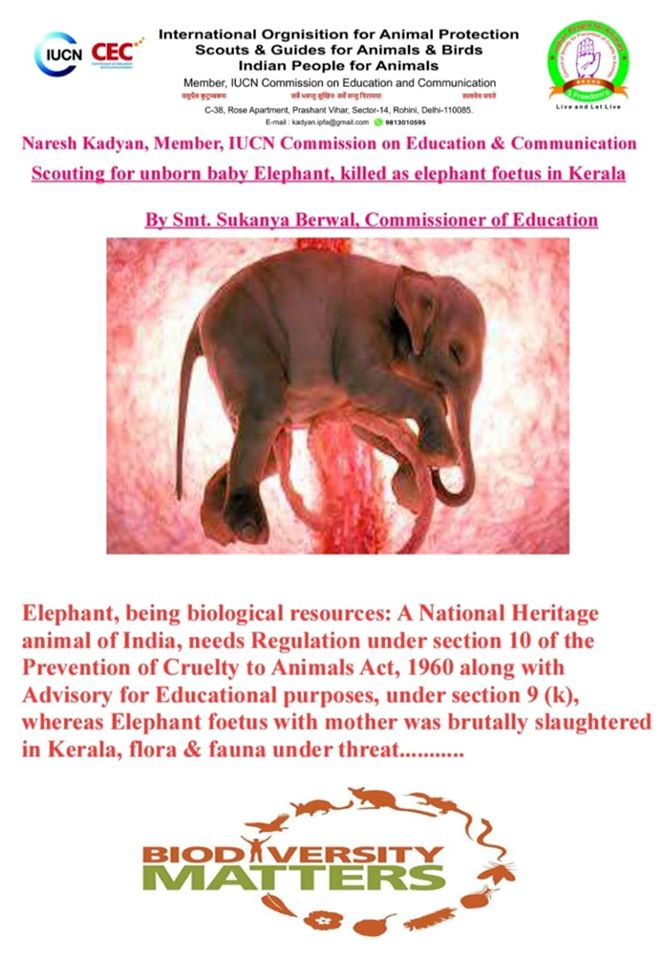