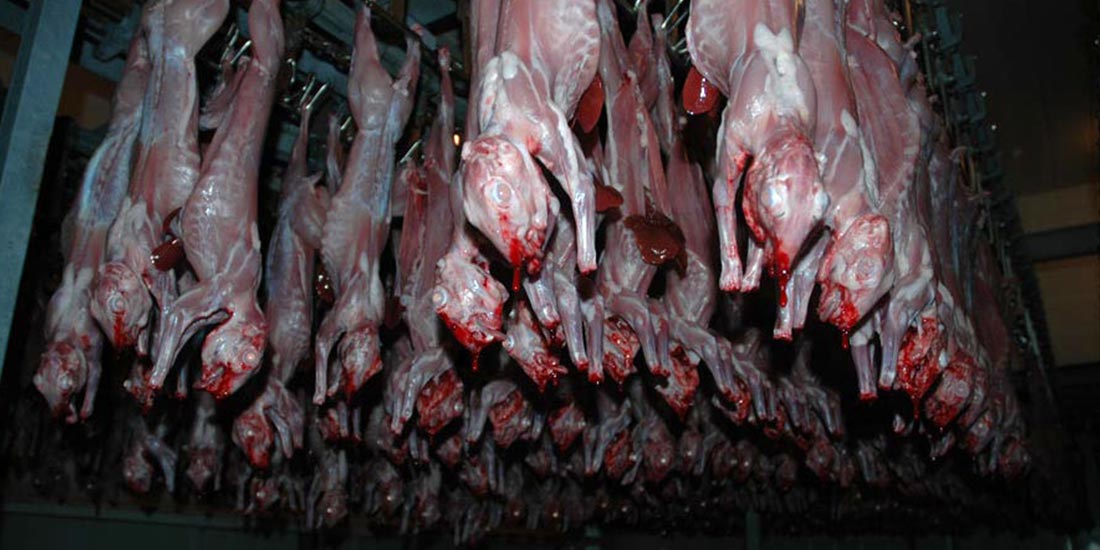 ‘Igualdad Animal’, has denounced what it describes as torture in some of the slaughter houses in Spain. They declare that animals earmarked for slaughter often face days without food and some cattle suffer greatly before death. On the web site www.mataderos.info the association also shows rabbits being given an electric shock ahead of having their throats cut. They show videos of illegal practice against cattle, lambs, rabbits and pigs in abattoirs in the Valencia region.
During many weeks, an activist of the group of investigations of Igualdad Animal introduced himself in several slaughter houses in Spain to witness and to document what happened within its walls, showing so that Spain is not different in this aspect from the slaughter houses of the United States whose images have come recently to the public attention after that USDA ordered the Largest Meat Recall in U.S. History.
In their videos you can see the place where, every year, milion of animals die. The video were filmed during their investigation.
Animals in slaughterhouses can smell, hear, and often see the slaughter of those before them.

Every year, world wide, milions of animals die into slaughter houses.
Videos and photos are available for anyone who wants to learn about what goes on in those places.
www.mataderos.info

There are lots of things each of us can do to make the world a better place. However, eating vegan is likely the most effortless —and enjoyable— way to have a profoundly positive impact as often as every day. Please visit also http://www.veganoutreach.org