THE LAYING HEN WHO DREAMED OF FLYING – THE HIDDEN TRUTH 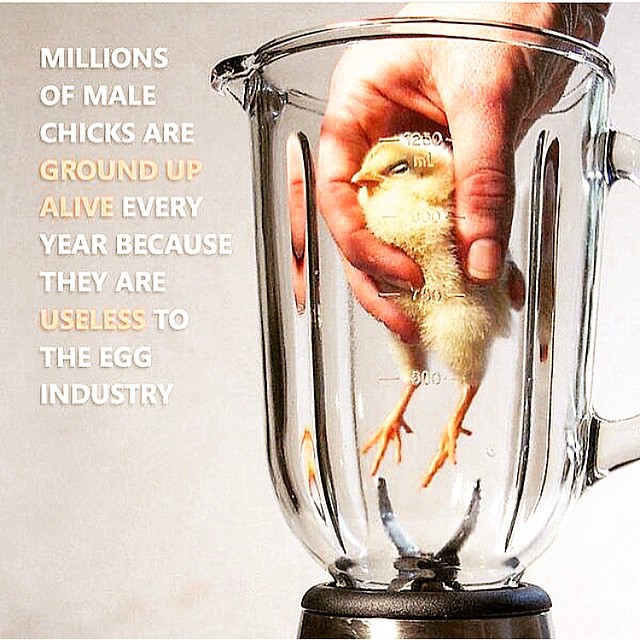 All over the world, two billion eggs are consumed every single day, for an annual total of more than seven hundred billion units. The use of eggs as ingredients in the food industry is a practice already ascertained.
The bakery products industry is the one which uses it most, particularly for its functional and applicative properties. Among the most important of which are: the air-entraining capacity, the ability to thicken and coagulate forming a gel and the emulsified capacity mainly related to the egg yolk lipoprotein.

But where these eggs come from?

The production cycle begins at the birth of the chicks. These cubs are sex-selected, in order to distinguish and separate males from females. The former, useless for the production of eggs and unfit to for the meat industry, because too different from “broilers”, are considered a complete waste and so thrown alive in the meat grinder, suffocated in plastic bags or crushed in special machines to become fodder for other animals.
The latter chicks, the female ones, rests the fate of their mothers: a life in captivity, forced to produce eggs as machines till the exhaustion. Firstly, they are subjected to the “debeaking”, which consists in cutting, without any anaesthesia, a part of the beak with a machine equipped with a red-hot blade. The beak is made up of very sensitive nerve bundles, which means that this operation causes, in addition to trauma, immediate acute pain that will be transformed in unceasing chronic pain for the whole life of the hen. The debeaking is practiced with the aim to prevent cannibalism and mutilation phenomena, caused by prison conditions in which these animals are held. Hens develop aggression caused by frustration, boredom, and the close and continues proximity with other similar, which leads to a violent and unnatural behaviour for their species.

After the debeaking, chicks are transferred into a huge shed, where they are forced to undergo artificial light cycles, to be weaned as quickly as possible. The only “solace” that the chicks will have in this period of their young life will be a lamp that emits a warm light source that breeders call “artificial mother”. Later, at the age of about 17 – 18 weeks, once become hens, they are transferred in batteries to start the production of eggs: infinite cages disposed in line, large as a medium tablet, stacked on each other on different levels are hens’ home for the following year.

Even in these batteries, hens are forced to endure constant artificial light cycles, which impose from 16 up to 20 hours of light per day, in order to increase the eggs production. Due to this upheaval in the alternation between day and night, hens can produce twice or three times the normal and natural number of eggs.

The life of a laying hen is never longer than a year and half, because in this period the egg production of the single hen decrease, as well as the quality of the eggs itself. Even if they can live up for 11 years, hens will be sent to the slaughterhouse to become second-choice-meat.

OIPA supports a vegan diet, the only one able to guarantee that laying hens will not be exploited. Indeed, the idea of “biological” eggs is just a fancy: “biological” hens spend more than three quarter of their life locked up in sheds (even if non in cages), and when their production starts to reduce, they are slaughtered just as non-biological hens. At the same time, male chicks are killed right after the sex-selection, just as non-biological ones. “Biological”-supermarket-bought eggs are just a way to increase the price of eggs and, as intriguing and able to give and excuse to the costumers, are a ready-made justification for those who want to close their eyes on the exploitation of animals. 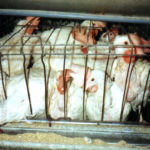 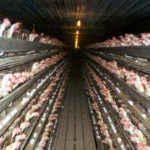 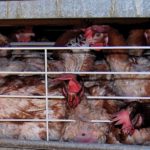 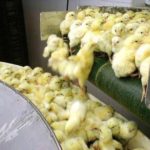 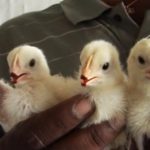 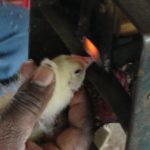 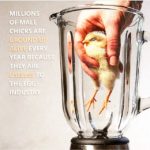 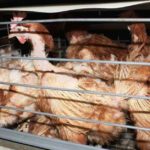 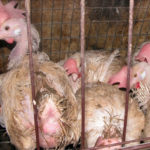 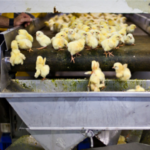 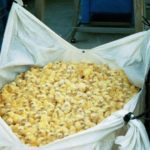 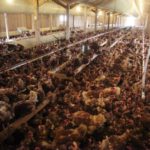