The European Parliament’s Public Health Committee on July 10 tabled a series of measures to help EU countries tackle illegal trade in pets. MEPs stress that much of this illegal trade crosses borders and hence that good cooperation between EU countries is urgently needed to break up criminal networks.

Background- According to the Committee:
– it is estimated that the illegal trade in companion animals within the EU can generate very high profits for the actors involved, including illegal breeders;
– the illegal breeding of cats and dogs often happens in terrible conditions and puppies are often separated from their mothers much too early and subjected to long journeys across the EU in cramped and filthy conditions with no food, water, or air-conditioning, and no breaks;
– pet passports are often counterfeited with veterinarians involved in this illegal practice;
– illegally bred companion animals are very often not vaccinated and there are various zoonotic risks associated with the illegal trafficking of companion animals, including the introduction of rabies from endemic parts of Europe into countries that are rabies-free, as well as the spreading of parasites. 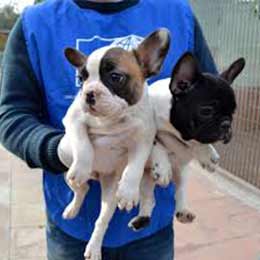 Actions demanded by the Public Health Committee at the European Commission:

– to come forward, via a delegated act under the Animal Health Law, with a proposal for detailed, compatible systems for the means and methods of identification and registration of cats and dogs in databases in the Member States, which should be linked through an EU platform;
– to establish a clear linkage between the EU Pet Passport and Pet Microchip Registration to ensure that the origin of the companion animal remains clear even if the Pet Passport is replaced;
– to elaborate and implement an EU Action Plan to address the illegal trade in companion animals;
– to improve law enforcement and toughening sanctions against economic operators, veterinarians and national public services – from source, transit and destination countries – who supply counterfeit pet passports.

Next steps
The motion for a resolution was passed by 53 votes in favour, with one abstention. The vote will result in an official request from the EU Parliament to the EU Commission if confirmed in September during the plenary session in Strasbourg.