JOIN OIPA INTERNATIONAL AND FIGHT FOR PANGOLINS IN CAMEROON. 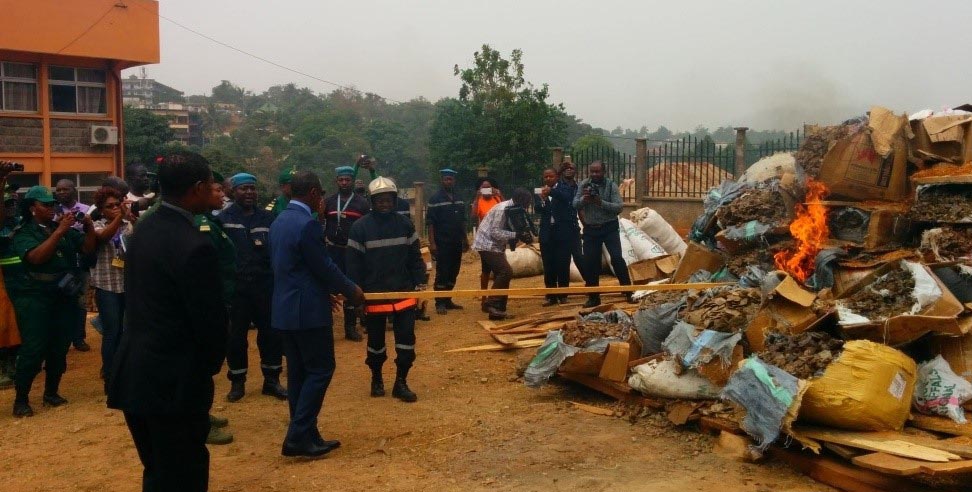 On the February 17 2017 , the Minister of Forestry and Wildlife in Cameroon burnt over three tons (3094kg) of pangolin scales in ongoing fight against poaching and illicit trade of this lone mammal with scales.

The scales, which were seized from traffickers mostly at airports in Yaoundé and Douala, Cameroon’s two major cities, were set ablaze by the country’s Minister of Forestry and Wildlife, Philip Ngolle Ngwese.  This is the first time Cameroon is setting pangolin scales on fire after country burnt its ivory stockpile on April 19, 2016.

Since 2013, there has been an upsurge in trafficking of pangolin scales, destined for china, with several tons being seized each year.  According to the wildlife minister, 8134kg of pangolin scales were seized between 2013 and 2016. Of this number 5040kg are under seal as suspect traffickers are facing trial in a court in Douala, Cameroon’s economic capital. The rest, 3094kg, have been burned.

The torching of the scales came on the eve of World Pangolin Day. In Cameroon, there exist three types of pangolin species; the giant, long tail and the tree or white-bellied pangolin. Until the last Convention on International Trade in Endangered species (CITES) COP17 meeting in Johannesburg, South Africa, last year, only the giant pangolin was totally protected.  In the face of exponential increase in scales trafficking, CITES has declared all pangolin species totally protected.

“The burning of these scales reaffirms the determination of the government of Cameroon to fight against wildlife trafficking in general and pangolin scales in particular,” Minister Ngwese said.

Cameroon, alongside other pangolin range countries, is battling to stem this new wave of scales trafficking with the supported of WWF and OIPA.  According to Che Gilbert Ayunwi OIPA Cameroon Country Director, the Government of Cameroon has taken a bold and proactive step to save what is left of pangolins in the forest. “The bigger challenge now is to stop the traffickers from killing the pangolins because 8000 kg of scales means several thousands of pangolins have been killed.

Pangolins are the only mammals in the world covered in scales.  Unfortunately, these cool spikes have made them to become the most trafficked mammal in the world.

OIPA’s Che Gilbert AYUNWI notes that while the burn gives the world’s most trafficked mammal the spotlight it deserves, governments around the world must now follow up with concrete actions on the ground. “This event will be a wasted opportunity if governments don’t devote greater resources toward protected area management, enact stricter law enforcement measures against wildlife crime and support policy that prioritizes conservation across Africa,” he says.

OIPA Cameroon is increasing collaboration with Cameroon’s wildlife authority to conserve the forest and fight against illegal poaching and trafficking in Cameroon. 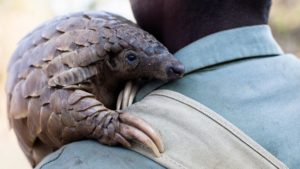