TOGETHER TO STRENGTHEN THE GLOBAL EFFORT TO END DOG RACING. HELP SAVE GREYHOUNDS WORLDWIDE 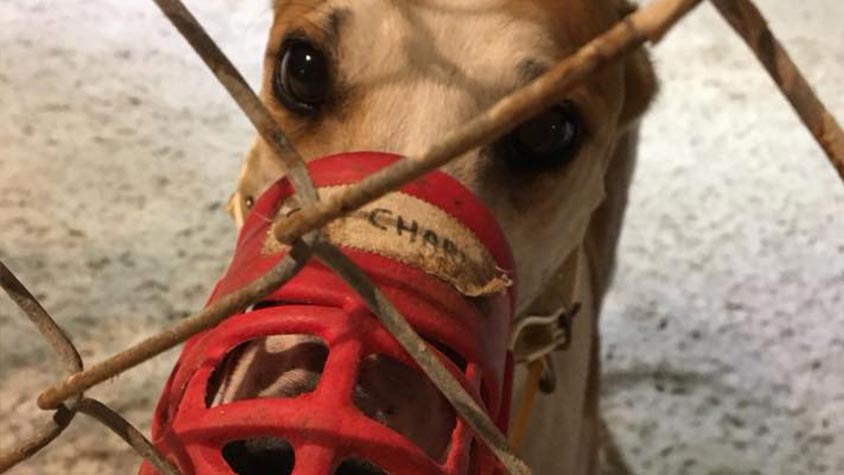 OIPA’s international family is growing. We are so proud to announce GREY2K as a new member association. We will soon start a close cooperation essential to accelerating campaigns to close down dog tracks everywhere in the world. Join forces is necessary if you want to reach the same objectives: end cruelty on animals! 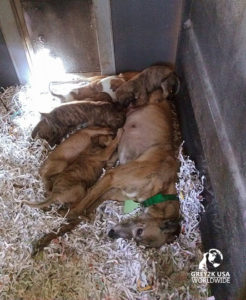 GREY2K consists of two non-profit entities that work together to save greyhounds. As a non-profit lobbying organization, GREY2K USA Worldwide works to pass laws to end the cruelty of dog racing around the world.  The GREY2K USA Education Fund is a registered charity that sponsors the rescue of hounds from closing tracks. With the 2018 passage of a voter question banning racing in Florida and the forced closure of China’s only legal dog track that same year, the group has closed nearly 50 tracks across the globe and given thousands of dogs the second chance they deserve.

GREY2K has been a labor of love from the start. Formed in 2001 by Christine Dorchak and Carey Theil, now married, the two developed a strategy for defeating wealthy dog track owners that is simple, direct and (by necessity) efficient. Dorchak, a lawyer, treats every political campaign like a law suit. She assembles the facts, presents the evidence and then asks for a verdict for the dogs! Theil, the master chess player, knows the industry better than it knows itself and is able to make complicated statistics and technical data understandable to both lawmakers and citizens alike. As a result of this careful and deliberate campaign, commercial dog racing is now illegal in 41 US states. 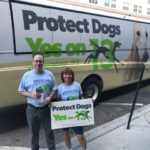 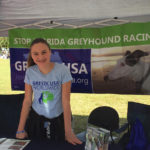 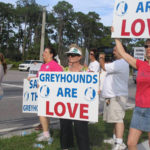 Following the release of their heartbreaking expose on the practice of live lure training on American greyhound breeding farms, GREY2K recently announced the first federal bill to prohibit dog racing nationwide. Public records show that greyhounds used for commercial racing suffer serious injuries including broken backs, broken necks, head trauma, paralysis, seizures and electrocution. While adoption efforts have improved, many dogs simply do not survive their racing career. And now, yet another cruel aspect of this terrible industry has been revealed.

In the spring of 2020, investigators documented a multi-state conspiracy of cruelty involving the torture and killing of innocent rabbits to “blood greyhounds.” In live lure training, small animals are used to excite and enhance a chase instinct in young dogs. Typically, screaming animals are dangled before starving greyhounds, dragged in front of them on ropes, or simply let loose to be attacked. They suffer cruel and miserable deaths. Undercover investigators caught greyhound breeders torturing and sacrificing rabbits in Oklahoma, Texas and Kansas. 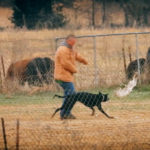 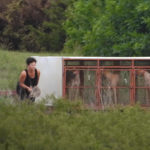 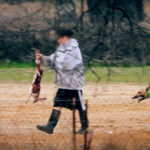 On breeding farms across the country, female greyhounds are artificially inseminated and made to pump out litter after litter until they can produce no more. Their little puppies are taken away and kept in outdoor pens. There are no beds for them, no toys and no play. At the age of eighteen months, young dogs are sent out to race, where they face death at every turn. According to state records, thousands of dogs have died or been destroyed post-race at American tracks – all so that someone could place a $2 bet on them. In addition to live lure training, state records also show that adult greyhounds are drugged with cocaine and other narcotics in a misguided attempt to fix races. 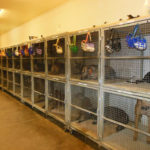 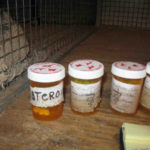 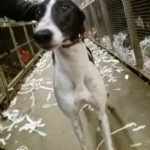 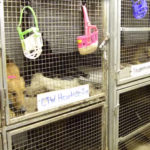 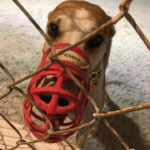 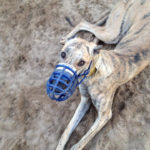 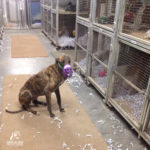 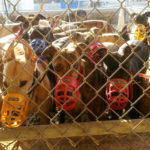 The individuals involved in these cruel activities represent a veritable “Who’s Who” of the racing world and nothing short of a ban will stop their gruesome activities. The Greyhound Protection Act will make it a federal crime to engage in live lure training and commercial greyhound racing. Learn more and take action at grey2kusa.org/stopusdogracing

The first recognized commercial greyhound racetrack in the world was built in Emeryville, California in 1919 by Owen Patrick Smith and the Blue Star Amusement Company. The track was oval in design and featured Smith’s new invention, the mechanical lure, thought to offer a more humane alternative to the live lures used in traditional greyhound field coursing. By 1930, sixty-seven dog tracks had opened across the United States — none legal. Florida became the first state to legalize commercial pari-mutuel wagering in 1931, triggering a chain reaction across the globe.

WHAT YOU CAN DO?

🙏 Make a donation to stop this cruelty 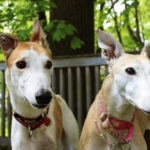 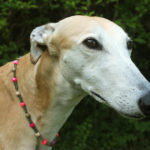 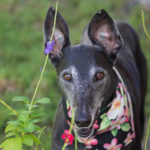 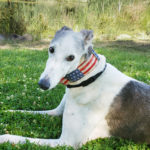 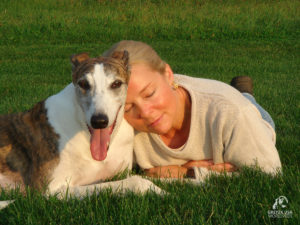