MARGHERITA (DAISY), HOUND USED FOR HUNTING. RESCUED WITH A MISSING EYE AND ALL UPPER TEETH BROKEN. SHE WAS EATING STONES TO SURVIVE. NOW SHE CAN BLOOM AT LIFE 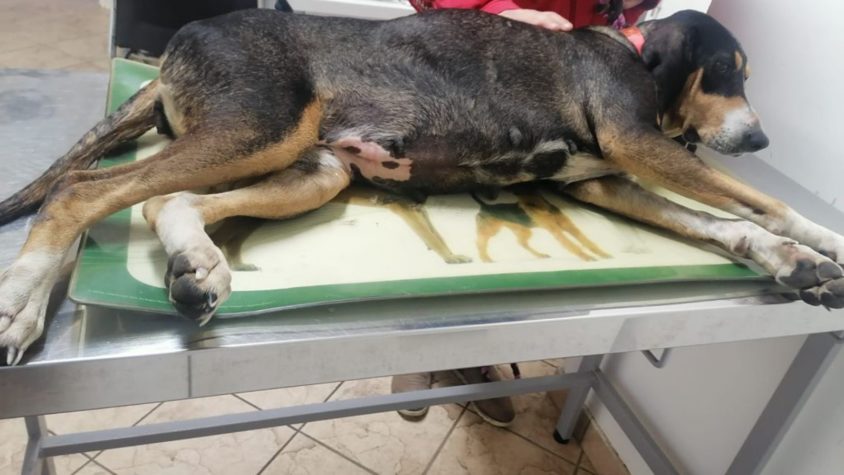 Margherita’s story is touching. This young hound was probably abandoned or she escaped from her persecutor running away from the prison in which she was detained, we do not know exactly.

What we know it’s that OIPA Italy’s volunteers rescued her in really critical conditions. Volunteers have declared: “We thought we had learned how far men can go, but for the umpteenth time man is capable of surprising, most of the time in a negative way, and his cruelty will never come to an end. Margherita is another proof of this cruelty. Rescued without an eye and with all broken teeth, this female hound is just about 4/5 years old. 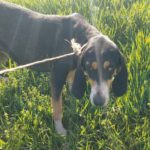 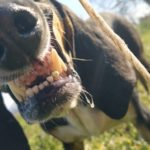 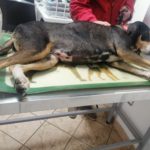 Her belly was swollen not because of a pregnancy but because her stomach was full of stones. Yes, stones. She was probably abandoned in the middle of nowhere and was forced to eat stones to survive, stones that broke all her teeth. We can’t even want to imagine how she could have lost her eye. Now she is with us, and strictly monitored. She is terrified, but we hope that over time she can slowly heal her physical and psychological wounds.” 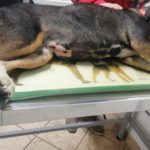 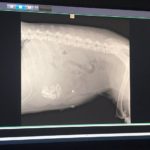 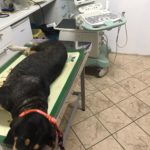 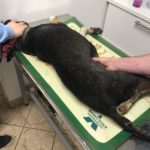 Margherita puked lime and stone dust during the journey to the clinic, but luckily a surgery was not necessary. She was dewormed and now volunteers are waiting the results of other clinical examinations. Margherita, fostered by a volunteer, is eating a specific food not to stress further the intestine and has started to overcome her mistrust wagging the tail to volunteers, who covers with kisses, but she is still very afraid of people that does not know and also of other dogs.

From now, no one will hurt her anymore ❤️