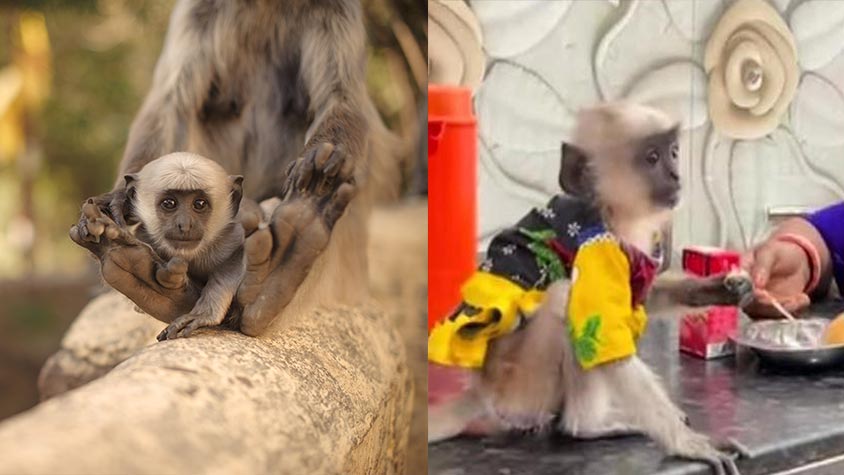 Our representative for OIPA India – Odisha has recently submitted a second complaint to the Forest department regarding the death of two gray langurs kept as pets in Jajpur district. A first complaint was submitted on January asking the department to take a legal action against a woman who is used to keep monkeys as pets in her house. She is supposed to have a sanctuary but she usually makes videos with monkeys after rescuing them and keep sharing videos on social media of baby monkeys to gain popularity.

The first complaint was not taken into account and the rescued monkeys were not released into their natural habitat. As a result of which the lady has keep doing her illegal activity against the Wildlife Protection Act and Forest department and causing the death of two small monkeys.

Monkeys can’t be kept and trained for entertainment purposes in India, under Sec. 22 (ii) of the “Prevention of Cruelty to Animals Act 1960” and also it is illegal to keep any wild animal as pets according to the “Wildlife (Protection) Act, 1972”.

Our delegate states: “It is always welcome to rescue animals and showing compassion but they recover completely, animals should be released free in their natural habitat”. 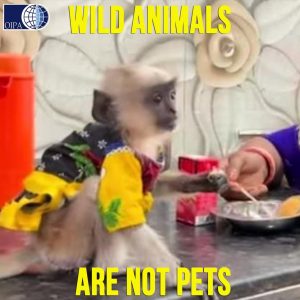