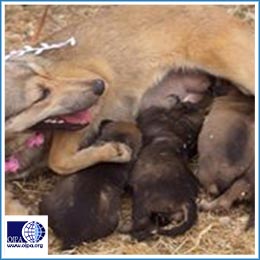 While no official statistics exists, approximately 10,000 homeless animals roam the streets of the Bethlehem Governorate alone. These animals have no legal protection against abuse.

The most effective way to reduce their populations is through Trap, Neuter, and Release (TNR) programs. 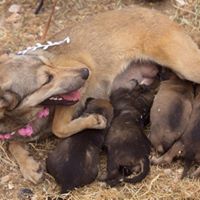 Unfortunately, Palestinian president and municipal leaders have not yet taken serious steps to begin those programs. Right now, their only official policy regarding stray animal populations is to shoot and poison them. Stray dogs and cats subject to this treatment die in agony — those poisoned convulse in seizures, while those shot are often wounded and left to die slowly from their injuries. These tactics are so normalized that Palestinian municipalities post notices warning citizens not to be alarmed by impending gunfire, and post pictures of bloodied dogs on their Facebook pages, claiming to have made streets safer for people. 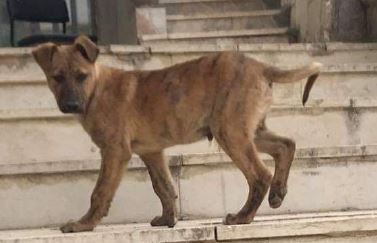 BAEA Bethlehem Animal and Environmental Association, OIPA’s new member league, wrote a petition to the president of the Palestinian Authority, Mahmoud Abbas, asking him to stop the kill campaigns and to adopt trap, neuter, and release programs instead. Not only are TNR programs more humane, but they are also more effective at reducing animal populations. International pressure can push the president to adopt these programs, which would reduce the suffering of homeless animals through humane population control.

“Letter to the Palestinian Authority

We were recently made aware of and extremely troubled by the fact that the Palestinian Authority shoots and poisons stray dogs and cats in an attempt to control their populations. These methods are very cruel because they make the animals suffer great pain, sometimes for long periods of time, before they die. What is worse, is that these animals suffer for no reason as killing stray animals is not an effective way to control their populations.

We understand that the Palestinian Authority, like any government, is concerned for the health and safety of its citizens and is worried that homeless animals pose a threat to people. However, the methods you are using are completely ineffective at controlling animal populations. Most kill campaigns succeed at eliminating only a small percentage of the animal population in a given territory, and even that is quickly replenished as animals from surrounding areas migrate into “vacant” territory. 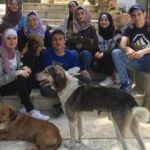 On the contrary, trapping, spaying/neutering, and releasing animals will stabilize, and eventually reduce their populations. The spayed/neutered animals will continue to live in territorial niches so no new animals will migrate into that region, nor will new animals be born there. These animals will also be vaccinated so they will not spread diseases to the Palestinian people.

About Bethlehem Animal and Environmental Association 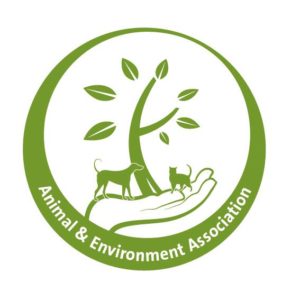 Established in 2013 by Diana Babish, Bethlehem Animal and Environmental Association (BAEA) is a registered non-profit ( BL-3374-EN) that aims to eliminate the suffering of homeless animals in Palestine by advocating for animal protection laws , educating the next generation, building a foster network, and operating an animal shelter . To date, BAEA rescued more than 800 dogs and 200 cats, about 80% of whom found loving homes, some having traveled as far as the US and Canada to be with their new families.