STRAY DOGS IN AZERBAIJAN HAVE NO RIGHT TO LIFE 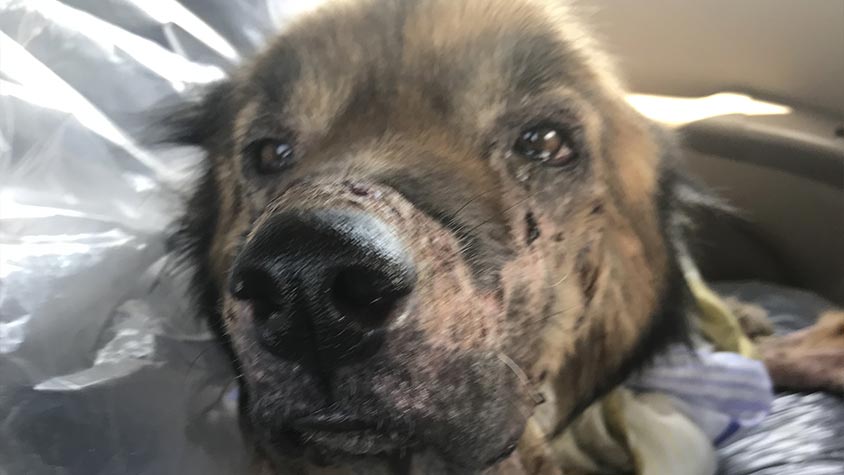 STRAY DOGS IN AZERBAIJAN HAVE NO RIGHT TO LIFE

Every day in Azerbaijan stray dogs and cats are cruelly slaughtered in the middle of the streets. They are shot and killed in front of the eyes of children who are used to seeing dead animals covered in blood and flies lying on the ground and then dragged away like rubbish.

The government of Azerbaijan uses a dreadfully inhumane approach of controlling the overpopulation of stray animals by hiring officials to “clean the streets” and offering them a sum of money for each animal killed.

If still alive, these dogs are left on the streets to suffer in agony and, brutally wounded, they try to survive their physical and psychological pain.

Those who do not die for gunshots, they are brutally catched by the government Toplan Centre’s employees who do not show any mercy while they are struggling in the nets, terrified and full of fear.

These dogs and cats are supposed to hand over the centre to be vaccinated, neutered, notched on the ear and released again into the area where they had been taken, but in reality they will just find there a cruel DEATH.

The government Toplan Center initially created to care about homeless dogs has instead become a killing place with no return.

Local volunteers and animal lovers are fighting against the slaughter of strays in the country for years now, but their voice is still unheard.

In her role of OIPA Azerbaijan Representative, Ilhama Nasirova came up with a list of ten requests to the Azerbaijani public authorities, in order to guarantee the protection of strays in the Country that you can also subscribe signing the following petition https://www.oipa.org/international/azerbaijan-petition/

Until the institutions will continue not to give answers and kill strays, OIPA Azerbaijan needs help in order to be able to save all the innocent animals survived to the gunshots and the Toplan “killing” Centre.

Collected funds can be used to guarantee OIPA Azerbaijan necessary resources to buy food, vaccinations and treatments, neutering, cover vet expenses for the rescued animals and realize the dream of building a mini shelter in Baku where those animals can be kept safe until they will find an adoption.

Please support OIPA Azerbaijan and give strays a chance.