WILDFIRES ARE EXPECTED TO RISE BY 50% BY THE END OF THE CENTURY: THE SAD STATEMENT OF A NEW REPORT PUBLISHED BY THE UN ENVIRONMENT PROGRAMME 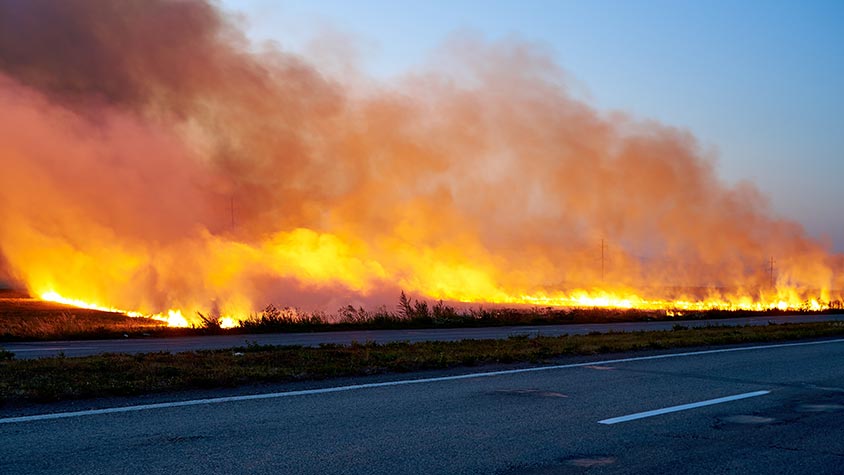 Wildfires are becoming more widespread, more intense and more frequent and able to devastate entire ecosystems, biodiversity and communities in a short time. Every year we see an increase in extreme fires across the world (from Australia, to North and South America up to South Europe and even the Artic) and the tendency is that fires will increasingly involve geographical areas previously unaffected.

With worldwide temperatures on the rise, global climate change and land-use change, wildfires are getting worse and much more uncontrollable, contributing to the increase of greenhouse gasses to the atmosphere.

As stated in the new report “Spreading Like Wildfire: The Rising Threat of Extraordinary Landscape Fires” published by the UN Environment Programme in partnership with GRID Arendal and drafted by over 50 leading scientists ahead of UNEA 5.2, the risk of extreme wildfires might rise up to 50% by the end of the century with devastating effects. 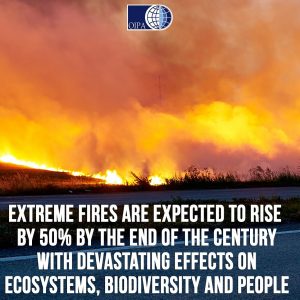 Wildfires and climate change are mutually connected. Wildfires are made worse by climate change through increased drought, high air temperatures, low relative humidity, lightning, and strong winds resulting in hotter, drier, and longer fire seasons. At the same time, climate change is made worse by wildfires, mostly by damaging carbon-rich ecosystems like peatlands and rainforests.(1)

Wildlife and its natural habitats are rarely spared from wildfires, pushing some animal and plant species closer to extinction. A recent example is the Australian 2020 bushfires, which are estimated to have wiped out billions of domesticated and wild animals.(2)

The restoration of ecosystems is an important avenue to mitigate the risk of wildfires before they occur and to build back better in their aftermath. Wetlands restoration and the reintroduction of species such as beavers, peatlands restoration, building at a distance from vegetation and preserving open space buffers are some examples of the essential investments into prevention, preparedness and recovery. (3)

UNEP is calling governments to rethink their approach to extreme fires and shift their investments on prevention and preparedness by focusing on reducing the risk and being better prepared to threats “Fire Ready Formula” rather than reaction and direct response.