OIPA SUPPORTS THE EUROPEAN CITIZENS’ INITIATIVE “STOP FINNING – STOP THE TRADE” TO END THE LUCRATIVE BUSINESS OF SHARK FINS FROM EUROPE! GIVE YOUR ADHESION! 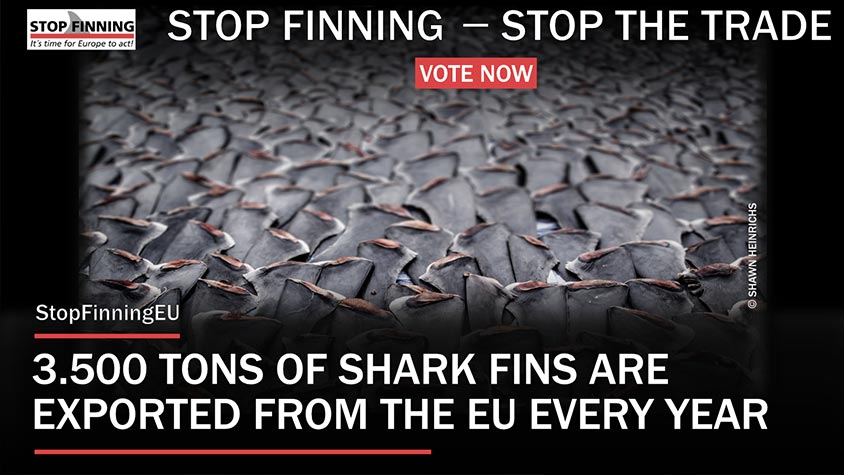 Did you know that hundreds of sharks are killed every single minute just for the “Shark Fin Soup” and the EU is a major player in this bloody, multimillion industry? Europe alone exports 3.500 tons of sharkfins to Asia where they end up as an ingredient in the tasteless, but prestigious sharkfin-soup that costs up to 90€ per bowl. This lucrative business costs the life lives of around 73 million sharks per year. 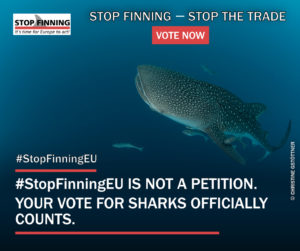 We now have the chance to ask stop killing sharks for their fins by finally ending their trade in Europe including the import, export and transit, thanks to the EU Citizens‘ Initiative “STOP FINNING – STOP THE TRADE” aimed to change the EU legislation and save the life of these animals.

In fact, although the removal of fins on board of EU vessels and in EU waters is prohibited and sharks must be landed with their fins naturally attached, Europe is a major player in their exploitation and one of the biggest exporters of fins. It is also a major transit hothub for the global trade as inspections at sea are scarce so fins can be still illegally retained, transhipped or landed in EU.

As finning practise prevents effective shark conservation measures, this initiative requests to the European Commission to extend the REGULATION (EU) No 605/2013 also to the trade of fins and therefore develop a new regulation, extending “fins naturally attached” to all trading of sharks and rays in the EU. 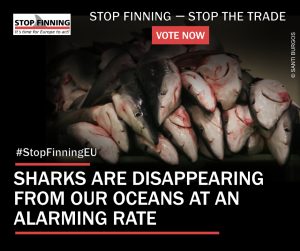 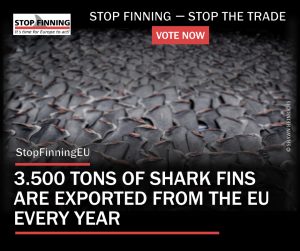