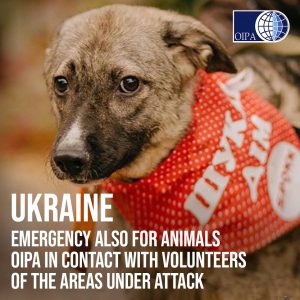 The outbreak of a war is not merely a gruesome act to condemn, but its effects on humans in the short and long term are devastating. However, also animals are affected, but this aspect is often hardly mentioned.

This time was slightly different. From the very first day of the conflict, we all have seen heartbreaking images and videos of people and families who, fleeing away in despair, did not hesitate a single second to take their pets away with them.

OIPA International has immediately decided not to stand by the sidelines in this emergency. We have promtly contacted some of our member league associations based in Kyiv – Ukraine, Happy Paw, KSPA Lucky Strand, and Generation 4 in order to be costantly updated on the situation and understand in details what kind of help Ukrainian animals needed the most. Many volunteers refused indeed to abandon the animals they used to take care of despite risking their own lives and albeit with reduced food resources and limited essential goods.

Furthermore, OIPA keeps being constantly in touch with its member league associations and partners in neighbouring countries that are offering support to refugees and families who are crossing the border with their pets. 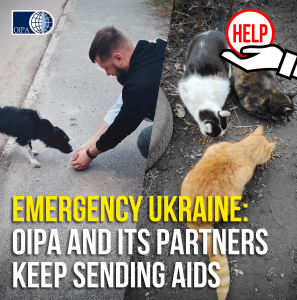 Through the fundraising campaign “EMERGENCY UKRAINE”, OIPA is concretely supporting animals (inside and outside Ukraine) as well as local and neighbouring associations that, in the midst of war and in a steadily more difficult context, are working round the clock to save and assist animals.

Thanks to your great support, OIPA is regularly organizing in cooperation with its Polish member league Fundacja Odin shipments of humanitarian aid for animals such as food, pet accessories, and medicines to be delivered inside Ukraine and distributed amongst associations, shelters, volunteers and civilians in need.

Moreover, OIPA has also managed to send monetary donations, as well as food, transport cages, vet supplies and other useful material (coats, leashes, harnesses, etc.) to some of its member leagues in Poland and Romania (Sava’s Safe Haven and Casa Lui Patrocle in Romania and VIVA!Poland in Poland).

🇺🇦 All together, we can give hope to Ukrainian animals affected by the war 🇺🇦

Write as note“Emergency Ukraine” and add the exact amount

The situation in Ukraine 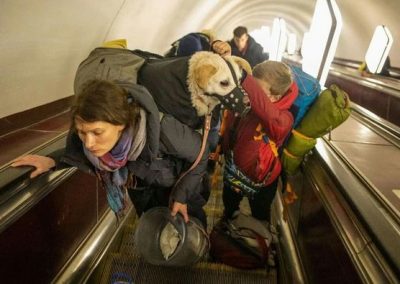 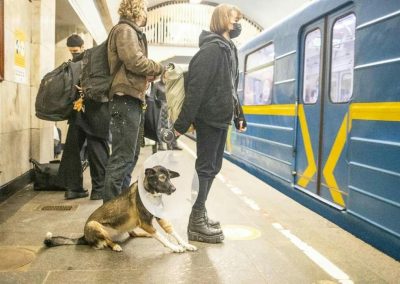 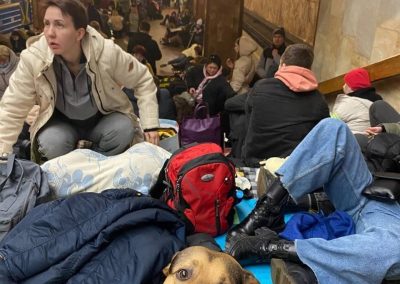 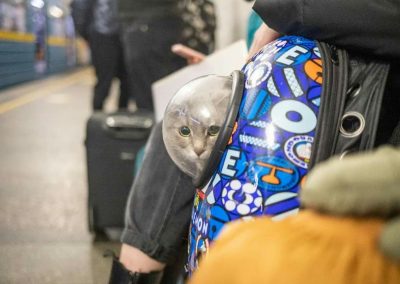 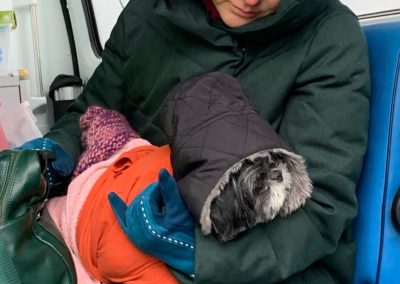 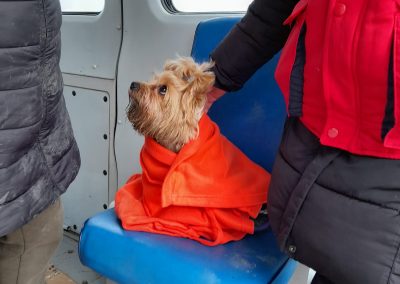 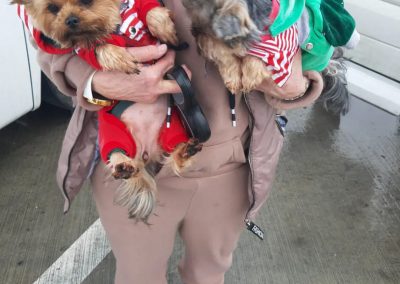 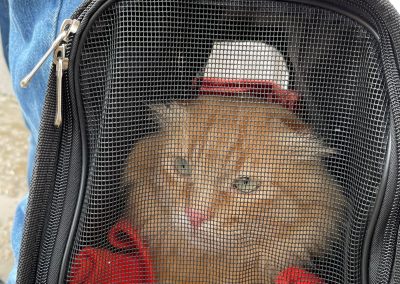 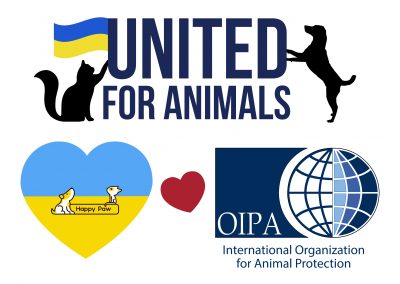 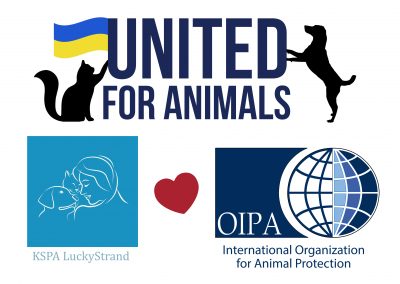 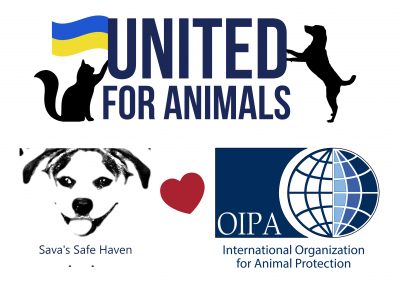 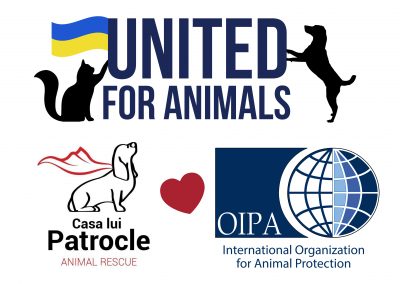 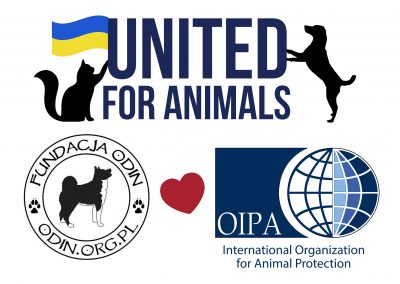 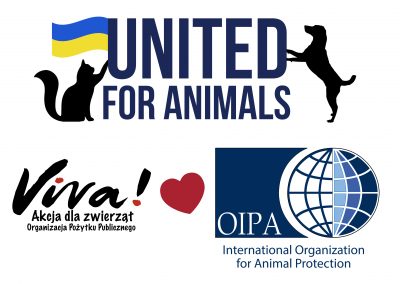 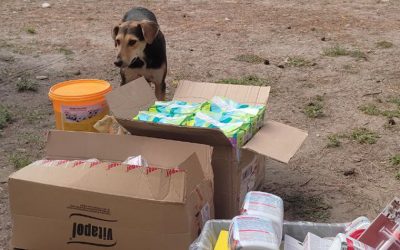 EMERGENCY UKRAINE: UPDATES ON ANIMALS HELPED IN SEPTEMBER AND OCTOBER

OIPA keeps helping animals in Ukraine thanks to the generous support of our donors and the ongoing cooperation with its member league associations, in... 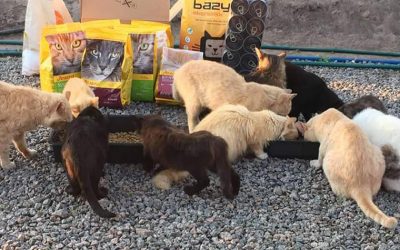 Last June, a new load with 10 tons of aid for animals left from Gdynia in Poland to reach Kyiv after a few days. Once arrived, our member league Happy Paw... 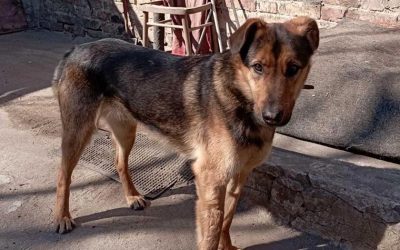 EMERGENCY UKRAINE: HOW THE FIRST PART OF HUMANITARIAN AID FOR ANIMALS HAVE BEEN DISTRIBUTED

Since the outbreak of war, which now dates back to the end of February, OIPA International has been one of the first animal protection organizations to take... 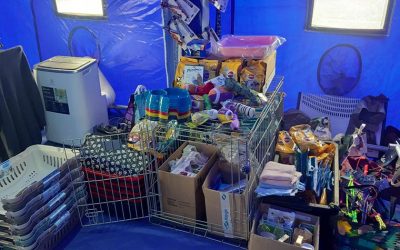 A NEW DONATION TO SAVA’S TO HELP ANIMALS OF UKRAINE

Last week OIPA sent a new donation to its fantastic member league Sava’s Safe Haven, which still operates round the clock at the border of Ukraine providing... 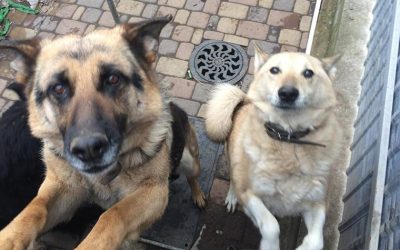 EMERGENCY UKRAINE: 20 TONS OF AID DISTRIBUTED TO PETS, STRAYS AND SHELTERS’ ANIMALS WITH THE HELP OF OIPA’S LOCAL MEMBER ASSOCIATIONS

https://youtu.be/y_cQr7RrwZA The emergency for animals continues especially since when European countries, Italy included, have blocked the entry of stray and... 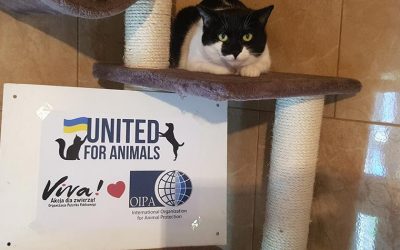 VIVA!POLAND AND OIPA UNITED FOR ANIMALS IN UKRAINE

Every day volunteers of Viva! are on duty in Warsaw to welcome dozens of people fleeing from war with their animals. Thanks to your extraordinary support to... 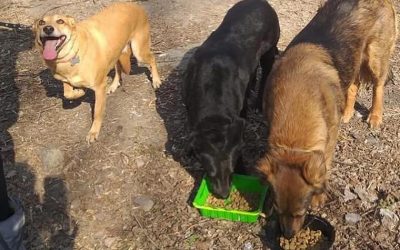 https://youtu.be/8Mvp7irdSTc A relentless teamwork between OIPA International and animal charities present in Ukraine and neighbouring countries, a... 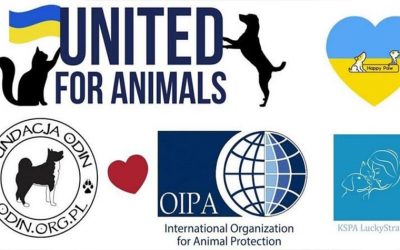 https://youtu.be/qyIhi-yezUM AIDS FOR ANIMALS INSIDE UKRAINE OIPA International keeps helping Ukrainian shelters and associations. Thanks to the invaluable... 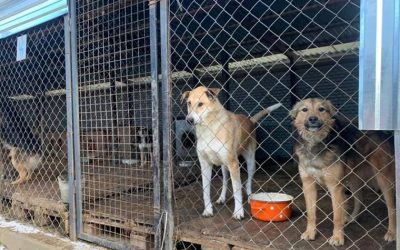 UKRAINE, OIPA INTERNATIONAL CONTINUES TO SUPPORT ITS MEMBER LEAGUE ASSOCIATIONS TO HELP ANIMALS AT THE BORDERS AND INSIDE THE COUNTRY

OIPA International continues to be in touch with local member league associations, but also to cooperate with those in the neighbouring countries, at the... 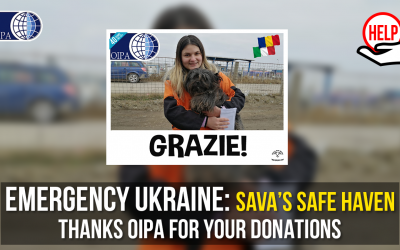 https://youtu.be/yA1kml496oM Our member league “Sava’s Safe Haven” has received the first 15,000€ provided by OIPA International thanks to your precious... 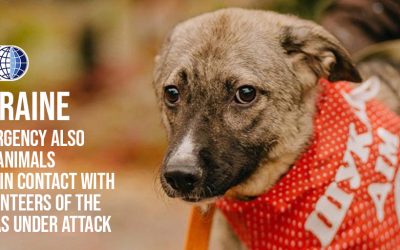 UKRAINE, EMERGENCY ALSO FOR ANIMALS. OIPA INTERNATIONAL IN CONTACT WITH VOLUNTEERS OF THE AREAS UNDER ATTACK

The outbreak of war and the state of emergency will also affect Ukrainian animals. OIPA is in contact with the team of KSPA Lucky Strand and Happy Paw, member...