STRAY ANIMALS ARE NEGLECTED AND ABUSED IN MANY COUNTRIES OF THE WORLD. SUPPORT OUR PROJECT AND HELP US “SAVE A STRAY”

Do you know that stray animals are mistreated and neglected in many countries of the world?

Many times, we are totally unaware of what happens to animals in other countries and how strays are treated in certain places. However, when we get at the truth, we can sadly notice that the list of Countries in which animal welfare does not even reach the minimum standard is extremely long, and unfortunately is worsening day by day.

National animal protection laws and regulations are frequently inadequate and in many cases basic animal rights do not even exist in these countries. Additionally, there is a huge lack of educational and awareness campaigns addressed to local communities that should instead be implemented  to lower the widespread feelings of mistrust, fear, indifference and hostility towards stray animals.

The lack of laws, regulations and education make the lives of street dogs and cats a daily attempt to survive from abuses and mistreatments.

Strays are not considered as sentient beings able to feel emotions such as joy and happiness, as well as fear, pain and sadness, but solely an “annoying problem of public health and safety” to get rid of  it employing inhumane, cruel and barbaric methods.

Local governments often refuse to allocate resources to ethically manage and control stray animals’ population by implementing programmes and campaigns of mass sterilization and vaccination that are proven to be effective in the long term. In contrast, they prefer to waste money promoting useless, ineffective and brutal practices that have as only result the suffering and death of thousands of stray animals. This attitude towards strays reflects the behaviour of citizens who feel empowered to continuously abuse on innocent beings, teaching their children that violence and brutality are justified and socially accepted.

Strays, able to escape and survive to the mass culling/killing campaigns, are anyway forced to spend their lives in deplorable conditions. Undernourished, sick, injured, affected by serious disabilities and diseases, they will spend their short lives knowing that cruelty will be always an enemy behind the corner. 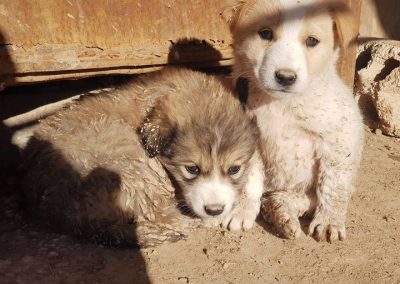 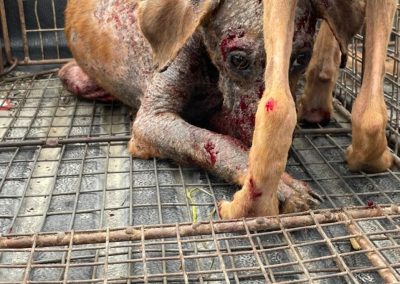 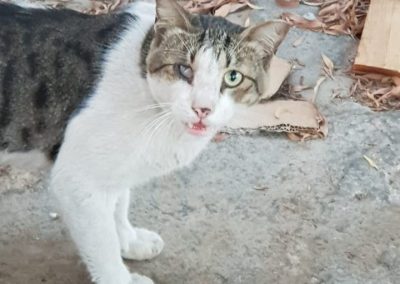 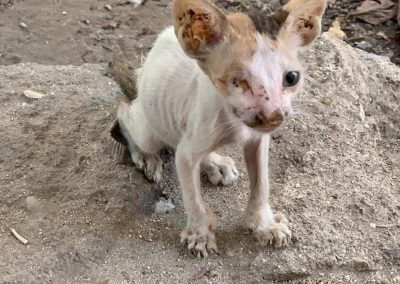 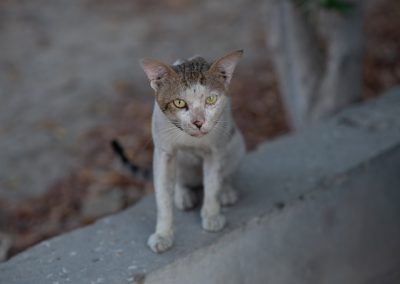 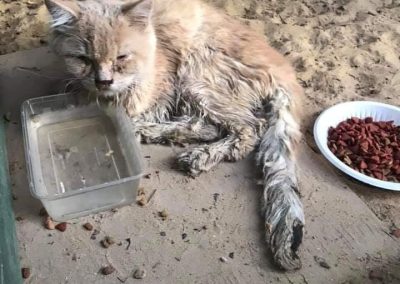 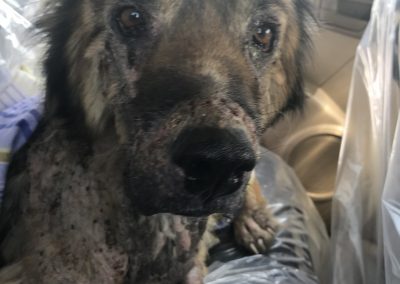 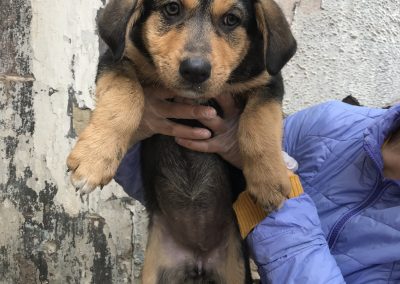 Stray animals are dumped in the desert of Dubai or Abu Dhabi and left to die from starvation and dehydration. In the UAE, stray cats are considered an invasive species – as well as dogs and some types of birds –  and it is forbidden to feed them. Here, local municipalities authorize pest control companies to place in many areas poison traps to catch and kill roaming cats. Roaming dogs are shot and poisoned on the streets of Pakistan, Kazakhstan, Uzbekistan, Tunisia, and Morocco, or they are trapped by public employees to be spayed and neutered in specialized centres but, once caught, they will never be released back, as it happens in Azerbaijan and Albania. Neglected, starving, wounded and sick in desolate areas of Syria and Iran, here animals have very little chance to survive because vet care and medicines are not available. Forgotten in the outskirts of Turkey, Italy, Aruba or Mauritius.

These are only a few examples, because stray animals are rejected by local institutions and discarded by citizens in many other countries. 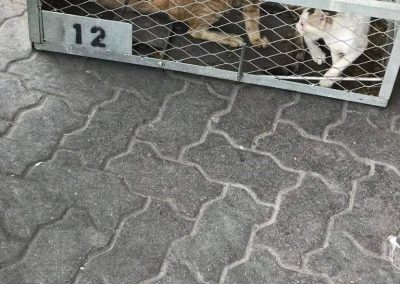 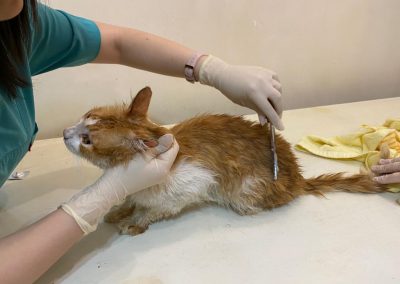 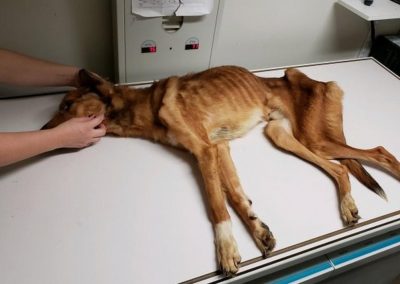 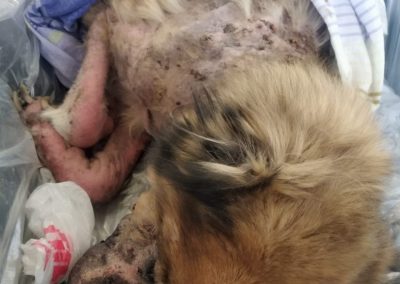 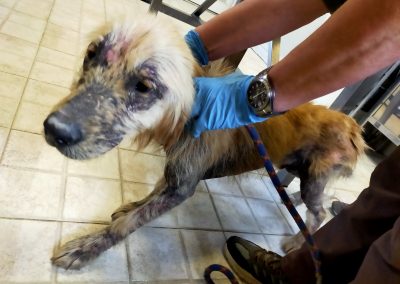 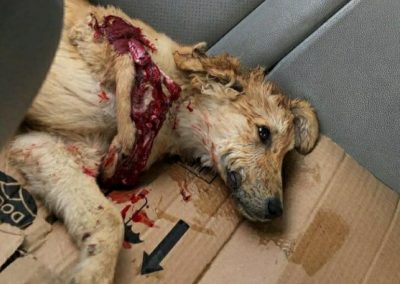 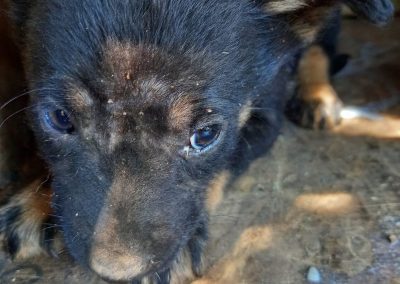 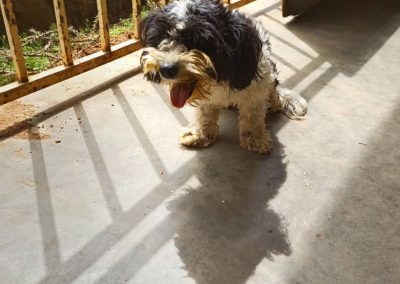 The project "Save a stray"

In the view of these extremely painful realities and considering the so many calls for help that OIPA International receives daily from its delegations and member league associations, the organization has decided to launch a project to give voice and offer a tangible help to stray dogs and cats who have no choice, and invisible continue to suffer every day around the world. 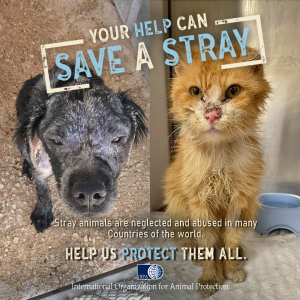 Supporting our project “SAVE A STRAY”, you will help us:

🏡 pay relocation, foster and rehome of stray animals suitable for adoption – offering them a chance of a better life;

📘 prepare educational programmes and informative material addressed to communities, schools and municipalities regarding the topic of responsible pet ownership, and the correct approach and management of local stray animals;

MAKE A DONATION HELP US “SAVE A STRAY”

Write as note “Save a stray” and add the exact amount 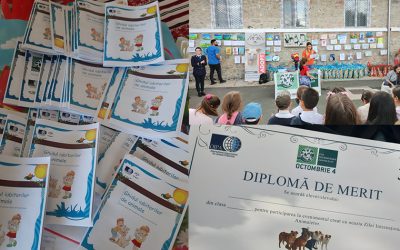 On World Animal Day that is celebrated every year the 4th of October , our member league Sava’s Safe Haven has launched the first animal welfare programme for... 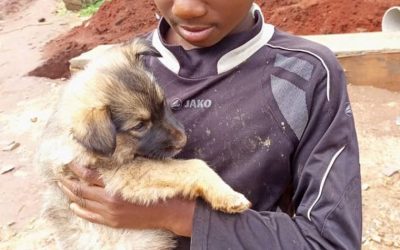 Since  the creation of  OIPA Cameroon’s mobile  veterinary  clinic in  2018,  many  stray and owned  animals  have  benefited  from this  initiative .  The... 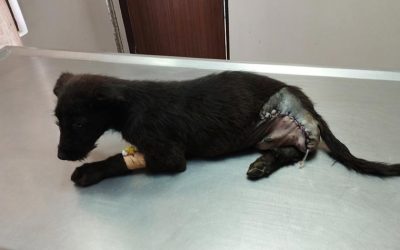 OIPA recently supported its member league association Voice of Animal Nepal offering a donation that was used for the medical treatment of two puppies... 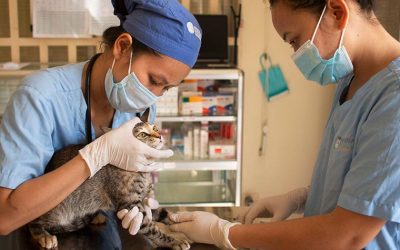 Cambodia is home to around 5 million dogs and an unknown number of cats likely in the millions and higher than the number of dogs. This means, millions of... 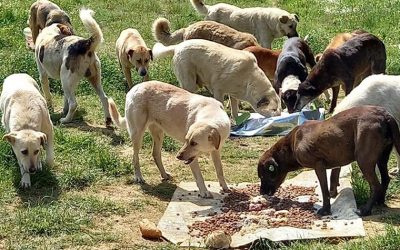 https://youtu.be/bsjyn5suWTk Every season of the year is extremely difficult for an animal who has no home, but spring and summer are tough also for... 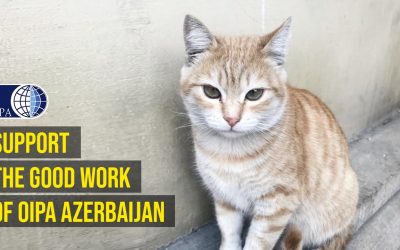 The consequence of a country where animals are totally ignored is that emergencies do never really come to an end. The only thing animals can do, when they... 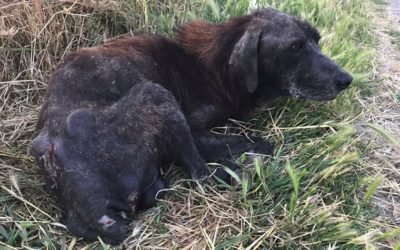 NERONE, A SENIOR HUNTING DOG, ABANDONED SICK ON A STREET OF ALBANIA WHEN NO MORE USEFUL TO HIS OWNER

https://youtu.be/yJmLHp-mQq0 The story of Nerone is the typical story of many other hunting dogs which, exploited by their owners for years, are then... 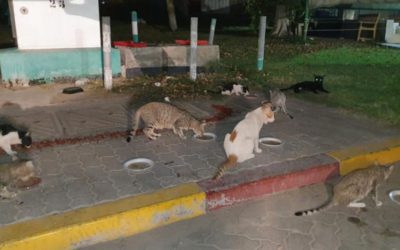 THREE HUNDRED STRAY CATS IN DUBAI RECEIVED DRY FOOD, THANKS TO OIPA’S PROJECT “SAVE A STRAY”

Thanks to the donations to our project “Save a Stray”, OIPA International purchased over 200 kg of dry food for adult cats and kitten, that our friend Fawaz... 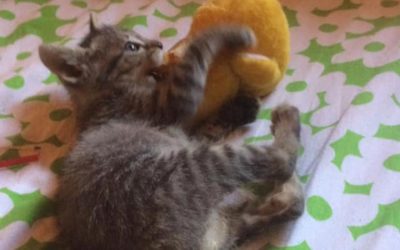 Many animals wouldn’t have the chance to survive without the precious support of volunteers that every single day are on site to rescue those injured and...